Illinois has been working on its sports gambling framework for a while, but isn’t exactly making efforts to expedite the process. The good news is that the Illinois Gaming Board (IGB) has, finally, completed the draft rules for the activity; the bad news is that it still doesn’t know when the state will see sportsbooks be approved for launch. Illinois is already going to miss out on the betting-heavy Super Bowl and March Madness, but there’s always next year. 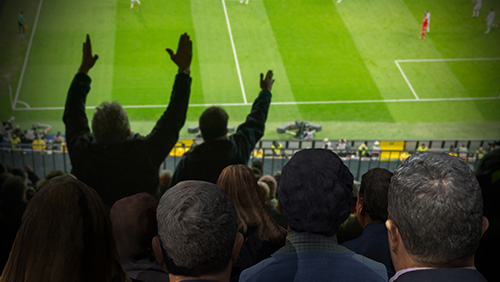 The IGB, which is overseeing sports gambling in the state, published its new rules (in pdf) yesterday after Illinois lawmakers approved a major gambling expansion bill way back in June of last year. While some states have gone from approval to launch in just a matter of weeks, Illinois is content with taking baby steps toward an eventual rollout.

As per the new rules, billed as Phase 2 regulations, which are expected to be officially implemented within the next few days, college sports contests, if they involve schools in the state, are off-limits from wagers. Minor league and youth games are also out of the question, as is placing a wager for someone who is prohibited from gambling.

The administrator of the IGB, Marcus Fruchter, explains in a press release regarding the new rules, “Once applications are submitted, vetted, and approved, an applicant may receive a temporary operating permit and could then begin accepting wagers as soon as they are ready to do so.”

Existing casinos, off-track betting shops and video gaming entities are authorized to apply for a sports gambling license. If they choose, they can also launch online sportsbooks, but users would have to first register in person at the venue before being allowed to place bets. One application for a physical sportsbook has reportedly already been received, but the entity behind it hasn’t been identified. There is also no word on when, and if, the application may be approved.

Fruchter adds, “Today’s release of phase 2 sports wagering rules is a continuation of [our] deliberate and thoughtful process, which will allow sports wagering to commence expeditiously and ethically across the State.”

In addition to the single application that has already been received, there are at least two others that are definitely interested in joining the action. The Rivers Casio in Des Plaines has already built a sportsbook in anticipation of the application process being activated fully, and Boyd Gaming wants to introduce sports gambling to its East Peoria-based Par-A-Dice Casino. It might also look to include a sportsbook at its operations in Normal and Peoria.

The policy director for the IGB, Joe Miller, told media outlet WTTW, “We expect more will be submitted in the coming days and weeks,” adding that no timeline could be established, but that applications would be handled “as expeditiously and ethically as possible under the circumstances of each application.”