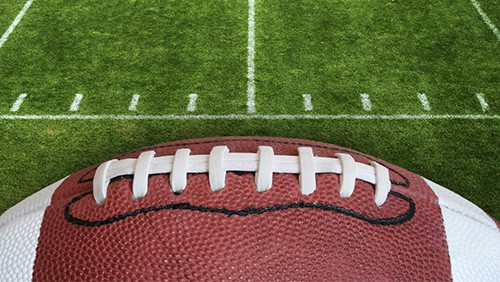 Super Bowl LIV will be held on February 2 and the biggest NFL game of the year is poised to see a lot of action, both on and off the field. The championship game is always the biggest sports gambling event in the U.S. and, now that more states have legalized the activity, even more money is expected to flow through sportsbooks across the country. Gamblers aren’t just looking at whether or not the San Francisco 49ers can beat the Kansas City Chiefs and by how much, but also some odd prop bets that are spicing things up.

Jennifer Lopez, better known as J-Lo, is set to perform during the halftime show this year and is the center of attention in more ways than one. Gamblers can take a chance on a little “butt cleavage” action, with BetOnline oddsmakers strongly believing that no risqué shots will be seen. The odds of J-Lo revealing “minor exposure of the buttocks and the intergluteal cleft between them, often because of low-rise pants” is getting -1000 that it won’t happen, and +500 that it will. Putting up a little money on it happening could prove lucrative, in more ways than one.

J-Lo is also getting odds on which song she’ll sing first. Some of the options include Let’s Get Loud, On The Floor, Get Right and Waiting For Tonight. Chances are, just like the odds aren’t good for butt cleavage, her song Booty won’t be in the lineup.

Take a piece of the action on the coin toss. This is always a favorite with gamblers and, even though there’s a 50-50 chance of making the right call, tails deserve a little more attention. Tails have won out 53% of the time and five of the past six Super Bowls. Right now, each is getting -105.

Staying with the coin toss, there’s also the opportunity to place a bet on whether or not the flip will predict the outcome of the game. Historically, the winner of the coin toss has gone on to win the Super Bowl only 45% and has lost 55% of the time. This would make it seem that, as a team, the worst way to get started on the turf is to win the toss.

There’s also a bet on the color of Gatorade that might be poured on the coach of the team that takes the victory. The traditional lime-green is getting +250, while orange is a little longer at +350. However, gamblers can also take a chance on some of the other colors/flavors, including red at +750, purple at +1200 or blue at +400.

Demi Lovato is going to sing the national anthem this year, and the Over/Under has been set at 1:59. That’s right in line with what has been seen in the past; however, gamblers have an advantage this year. Take the Under, as Lovato historically runs through the song quickly. Out of four performances, only one has gone longer than 1:59.