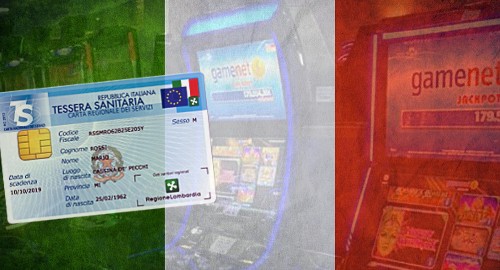 Italy’s video lottery terminal (VLT) operators are suffering as they adjust to a series of new restrictions on their operations.

Last week, Italian retail gaming giant Gamenet reported that its VLT revenue over the first two weeks of 2020 was down by more than one-third from the same period last year. The company noted that this was significantly worse than the single-digit rate of decline that its VLTs suffered over the full year of 2019.

As of January 1, Italy’s VLT players have been required to insert their government-issued health cards in order to access the machines. The requirement is intended to reduce the possibility of youths gaining access to the machines. The government denies it, but many gamblers suspect the intention is to monitor individuals’ VLT use for signs of problem gambling behavior.

A local television station aired a report claiming that at least one VLT hall operator was providing international customers who lack the necessary ID with a special card that allows them to access the machines, exploiting a loophole that critics say undermines the new requirement.

Operators faced additional blows to their business starting January 15, when the new tax increases on VLT and amusement with prizes (AWP) winnings took effect. In addition to decreasing player interest, operators have had to take their machines temporarily offline in order to reconfigure them to implement the new changes.

The operators’ dissatisfaction with the new regime could spell trouble for the government’s plan to issue nine new gaming machine concessions, with a total of 200k slots, 50k VLTs and 35k AWPs up for grabs. The individual concessions, which will be valid for an initial nine-year term, will cost €2.5m apiece. ​