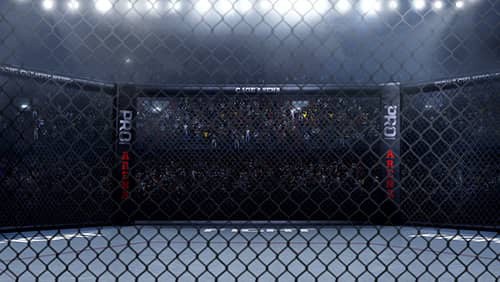 Whenever boxer Floyd Mayweather entered the ring in the past decade-plus, it was one of that sport’s biggest events of the year even if Mayweather was fighting an opponent he was vastly superior to and was going to dominate. The reason was that Mayweather is a cultural icon and his popularity – good and bad – transcended boxing.

Which brings us to the biggest mixed martial arts event of the New Year so far: UFC 246 from T-Mobile Arena in Las Vegas on Saturday night. Nearly every major UFC card has a title fight as the headliner but not this one. The return of Conor McGregor to the Octagon is a headline on its own; he’s the Mayweather of MMA. McGregor is a -325 favorite over Donald “Cowboy” Cerrone (+250) in a welterweight bout.

McGregor (21-4), a 31-year-old from Ireland, hasn’t fought since losing his lightweight belt to unbeaten Khabib Nurmagomedov via fourth-round submission at UFC 229 in October 2018. Both were suspended after the bout, although McGregor could have returned months ago. However, he had a child, temporarily retired (no one believed that) and was tending to his business interests. McGregor was a rare two-division champion in the UFC, holding both the lightweight and featherweight belts simultaneously but hasn’t won a fight in the Octagon since 2016.

McGregor’s worldwide popularity skyrocketed (as did his bank account) when he fought Mayweather in a boxing match in June 2017 and acquitted himself well in the loss. This will be the third fight at welterweight (170 pounds) in the career of “Notorious.” He had two wars with Nate Diaz at that weight in 2016, losing the first one by submission and then taking the rematch by majority decision.

Cerrone (36-13), a 36-year-old American, is a former lightweight contender – his lone title shot came in December 2015 when he lost to Rafael dos Anjos at that weight. “Cowboy” is clearly nearing the end of his career as he has lost back-to-back fights to Justin Gaethje (first-round TKO) and Tony Ferguson (second-round TKO). Cerrone’s 23 UFC wins are the most in company history. He has been in that organization since 2011.

The top undercard fight features former women’s champion Holly Holm (12-5) in a bantamweight bout against Raquel Pennington (10-7), also a non-title fight. Holm is best known for upsetting Ronda Rousey in November 2015 but is 2-5 since. She is -140 with Pennington at +110.