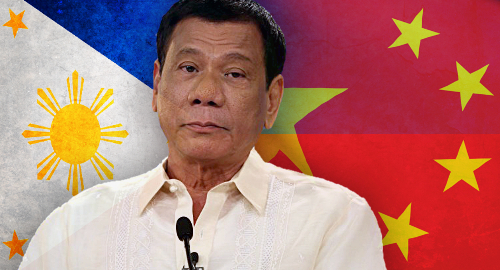 It’s a turbulent time in the Philippines, as Taal volcano spews ash into the atmosphere and millions of Filipinos don’t know what tomorrow will bring. While ash falling from the sky may disrupt many businesses, President Rodrigo Duterte has offered a peek of clear skies to Philippine Offshore Gambling Operators (POGOs).

Speaking to local outlet ABS-CBN News, Duterte commented on his recent discussions with Chinese ambassador Huang Xilian. The gist of the conversation is that the Chinese will not meddle with the POGO industry here, so long as the Philippines keeps enforcing its laws.

The emphasis appeared to be much more on enforcing laws than offering online gambling, but that should be some small comfort for POGOs. “And the ambassador said that if you must do it because the law is the law. And that if there is a need to deport, arrest, then they’re keeping their hands away from all these things,” Duterte said.

China’s decision to stay out of the Philippines POGO affairs also was inferred to be a benefit for China, as many Chinese citizens come to the Philippines for better job opportunities in the industry. But Duterte preferred to emphasize his government’s sovereignty, noting it’s “prerogative to do what you want to enforce the law.”

This could offer a sigh of relief for POGOs, who had to worry at some points in 2019 that their industry could simply be shut down if China pressured Duterte enough to follow that track. While they have seen plenty of pressure locally, Duterte has kept his promise so far to keep China off their backs.

It’s not very much help at all though for new potential licensees. Duterte also signaled that the industry has just enough, and any more might be a problem. “If you add more to this number presently operating, you will not be able to police them all. So, you have to set a number for that. It cannot be in every town and city about so many POGO games going on,” he said.

So now that China shouldn’t be much of a problem for existing POGOs, they’ll just have to hope Taal settles down, keeping Mother Nature out of the equation as well.