What does the Sunday of the NFL’s Divisional Round offer that Saturday‘s two games don’t? Super Bowl-winning starting quarterbacks.

That would be the late game on Sunday as the NFC fifth-seeded Seattle Seahawks visit the No. 2 Green Bay Packers with a 6:40 p.m. ET kickoff from Lambeau Field. And it could be the frozen tundra of Lambeau with a high Sunday forecast to be just 24 and a low around 20. No snow is likely. The Packers are 4-point favorites and they have won 19 of their past 22 as home favorites. 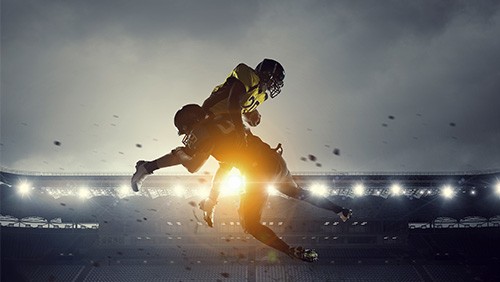 The game features future Hall of Famers Russell Wilson of the Seahawks and Aaron Rodgers of the Packers under center and both have won a Super Bowl ring. Wilson has reached the big game twice and Rodgers, surprisingly, just the one time following the 2010 season. Wilson got to his last Super Bowl following the 2014 season at Rodgers’ expense as Seattle rallied for a 28-22 overtime home win over Green Bay in that year’s NFC title game. It was the last playoff meeting between the teams.

The two starting quarterbacks with Super Bowl titles under their belt entering the Divisional Round is the fewest since 2010 when there were also two: New England’s Tom Brady and Pittsburgh’s Ben Roethlisberger.

It’s never easy to win at Lambeau and the Seahawks have lost their past eight games there, coming by an average margin of 17.5 points. However, Seattle has been a tremendous bet in the past few seasons overall as an underdog in covering 10 of its past 12.

The early game on Sunday is from the AFC with the fourth-seeded Houston Texans visiting the No. 2 Kansas City Chiefs with a 3:05 p.m. ET kickoff. The storyline here is also the quarterbacks as Kansas City chose Patrick Mahomes at No. 10 overall in the 2017 NFL Draft and Houston selected Deshaun Watson at No. 12. Now they are two of the most exciting young signal-callers in the league and could form its next great quarterback rivalry in the mold of Peyton Manning vs. Tom Brady.

Watson got his first playoff win last week in leading an overtime victory over the Buffalo Bills. Watson also won in Kansas City 31-24 back in Week 6 in the first-ever meeting with Mahomes. The Chiefs are 9.5-point favorites this time, however. They have covered just one of their past 10 home playoff games.