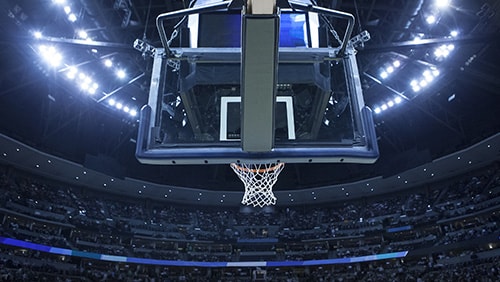 Many assume that one of the two Los Angeles teams will win the Western Conference, and it may well be that the Lakers or Clippers do just that. LeBron James’ Lakers are the +275 favorites to win the NBA title come June, while Kawhi Leonard’s Clippers are the +300 second-favorites. It would certainly be must-see TV if the Lakers and Clippers faced off in the Western Conference Finals.

Let’s not forget about the Denver Nuggets, however. They are +1500. First off, injuries can happen. The Lakers’ Anthony Davis is very injury-prone, which could torpedo their title chances. Leonard and teammate Paul George also have been known to get hurt. Second, Denver probably has the deepest team in the West other than the Clippers. The Nuggets have one of the best players in the league in Nikola Jokic. He was first-team All-NBA last season at center, not the more-hyped Joel Embiid of the Philadelphia 76ers.

There’s also talk that Denver could be the leading candidate to trade for Cleveland Cavaliers power forward Kevin Love, a double-double machine. Neither the Lakers nor Clippers have cap space/assets to land Love, who is almost a sure thing to be dealt by the February 6 deadline. Love would fit the Nuggets perfectly as a stretch-four who could also play center when Jokic is getting a breather. Denver could trade the expiring contract of Paul Millsap (an expiring deal would appeal to the Cavs) and throw in a promising young player, of which the Nuggets have a few. A Big 3 of Jokic, Love and Jamal Murray would be a threat to win it all.

Speaking of Embiid’s 76ers, they are +900 to win the title but the most maddening championship contender. This club has perhaps the best starting five in the NBA in Embiid, Ben Simmons, Al Horford, Tobias Harris and Josh Richardson. It can beat anyone on a given night as proven by a blowout win over the NBA-best Milwaukee Bucks on Christmas and a 2-0 mark against the Boston Celtics. However, the Sixers tend to lose focus against lesser opponents and on the road overall. A lack of three-point shooting and bench depth are problems. The Sixers lack cap space/assets to make a major trade addition.

Milwaukee remains the clear favorite among Eastern Conference teams to win the NBA title at +375. Barring an injury to Giannis Antetokounmpo, the Bucks are near-locks to be the top seed in the conference for a second straight season.