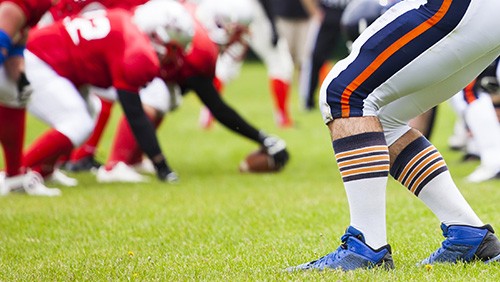 In 2018, Florida voters took to the polls and took control over gaming expansion in the state. Amendment 3 gave residents the final decision on any measure that would involve new gambling opportunities and, since then, progress has been extremely slow. Part of the reason for the lack of serious progress is the control the state’s major tribe, the Seminole, has over the industry, but this isn’t the only reason. The requirement that voters decide gambling’s fate is also contributing to slow movement. However, this may not be the case for much longer, at least for sports gambling.

According to a report by Daniel Wallach on Forbes, the state may not have to seek public approval to launch sports gambling operations. Amendment 3 is worded in such a way that it covers all forms of “casino gambling.” Conspicuously absent from the bill’s language, though, is the mention of sports gambling. The phrase is also absent in Florida’s constitution. This means that lawmakers might be able to push forward with a sports gambling bill without asking for voters’ permission.

Asserts Wallach, the “language in Amendment 3 requiring that the alleged game be the type of game ‘typically found in casinos’ as of the date of the adoption of the amendment, which was November 6, 2018. Evaluation the casino landscape of that date, it became quite clear to me that sports betting was not ‘typically found in casinos’ as of that date for one incontrovertible reason: it was available in only 6 out of 30 states where casino gambling was allowed.”

Wallach points out that the Florida Supreme Court has already found, on at least one occasion (Zingale v. Powell, 885 So.2d 277, 282-83 (Fla. 2004), that the “explicit language” of the Constitution is what determines how the Constitution should be interpreted – not any implied language.

Additionally, the Constitution itself may, in fact, specifically allow sports gambling. Article X, Section 30, which discusses gaming, leaves the topic quite clear. The first sentence of Section 30(b) of Article X states, “[a]s used in this section, ‘casino gambling’ means any of the types of the games typically found in casinos and that are within the definition of Class III gaming in the Federal Indian Gaming Regulatory Act, 25 U.S.C. ss. 2701 et seq (“IGRA”), and in 25 C.F.R. s. 502.4, upon adoption of this amendment, and any that are added to such definition of Class III gaming in the future.”

Wallach emphasizes the use of the word “and” in joining casinos and the IGRA. Florida’s Supreme Court has also ruled, in Gorham v. Zachry Industrial, Inc., that the use of “and” in the context of constitutional language means that both conditions have to apply. This could give state lawmakers a legal boost in ignoring any Seminole attempt to corner the sports gambling market.

It has been assumed that the Seminole tribe would have to be involved in all gaming activity, including sports gambling. The fact that the state might have a strong legal foundation to develop the sports gambling scene without an obligatory stake on the part of the tribe could be highly beneficial, especially since the Sunshine State estimates that it could see as much as $110 million in tax revenue each year from the activity.