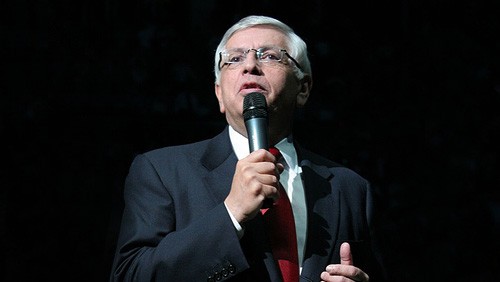 As the head of the most popular basketball league in the world, former NBA commissioner David Stern set in motion a number of activities that would see the league reach new heights on an international stage. He was in charge from 1984 to 2014 and worked tirelessly at advancing the game, helping turn it into a multibillion-dollar organization. However, all good things must come to an end. After suffering a brain hemorrhage three weeks ago, Stern passed away on New Year’s Day. He was 77 years old.

With Stern at the helm, the NBA added seven new teams and two brand new leagues. The G League, previously known as the NBA Development League, was founded in 2001 and the WNBA – the Women’s NBA – was founded in 1996 with its inaugural season held the following year. He was continuously been singled out as the man who made the NBA an international household brand.

Current commissioner Adam Silver said in a statement about Stern’s passing, “For 22 years, I had a courtside seat to watch David in action. He was a mentor and one of my dearest friends. We spent countless hours in the office, at arenas and on planes wherever the game would take us. Like every NBA legend, David had extraordinary talents, but with him it was always about the fundamentals — preparation, attention to detail, and hard work.”

He added, “Every member of the NBA family is the beneficiary of David’s vision, generosity and inspiration. Our deepest condolences go out to David’s wife, Dianne, their sons, Andrew and Eric, and their extended family, and we share our grief with everyone whose life was touched by him.”

Stern was also in favor of legalized sports wagers. He said last November that it would “make sports leagues more valuable, increase players’ salaries and be a super-charge for the league.” Perhaps, just as he was able to do so much for the NBA during his leadership years, his vision for sports gambling will be recognized, as well.

The NBA Players Association paid its respects to the leader, releasing a statement that read, “The entire basketball community is heartbroken. David Stern earned and deserved inclusion in our land of giants. His impact on our game and our business is immeasurable and the rewards we reap will continue to be appreciated by NBA players and their families for generations. As tough an adversary as he was across the table, he never failed to recognize the value of our players and had the vision and courage to make them the focus of our league’s marketing efforts — building the NBA into the empire it is today. We owe him and we will miss him.”

It wasn’t always easy for Stern, as he had to deal with conflicts during his tenure, as well. Four player lockouts, launched over salary and benefits disputes, were seen while he was at the helm, two of which resulted in seasons that were much shorter than normal. However, he still managed to grow the league into an empire, raising its TV revenue from $10 million a year to more than $900 million a year and putting games in over 200 countries. He was truly a visionary and an exceptional force behind the NBA’s success, which is why he was inducted into the Naismith Memorial Basketball Hall of Fame in 2014, and he will never be forgotten.