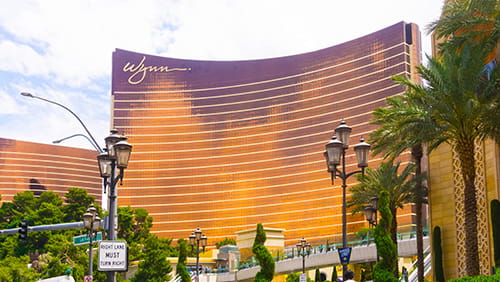 Wynn Resorts announced that they have renewed the contract of CEO Matt Maddox. The move was made after the Board of Directors unanimously agreed to keep the CEO on for three more years, extending through December 2022.

In a statement, Maddox expressed his appreciation for his contract being renewed. “No one person is singularly responsible for the Maddox success of any enterprise. I deeply appreciate the support the Board has demonstrated both for me personally, and the Wynn team collectively. I feel strongly that the future of Wynn Resorts has never been so bright.”

Maddox joined Wynn Resorts in 2018 after founder Steve Wynn stepped down from following allegations that he had sexually harassed female employees. This was an allegation he strongly denied.

That led to some apprehension around the resort, but many analysts believe that Maddox played a central role in helping to stabilize operations at the casino by making “quick, decisive decisions and compromises.”

Since Maddox took over the company, Wynn Resorts opened the Encore Boston Harbor property in Massachusetts. They were also able to reach a settlement with former Wynn Resorts owner Universal Entertainment, ending a six-year legal battle with a $2.4 billion agreement.

“If you look at what he had done to steady the ship, they have been the right decisions,” explained Harry Curtis, an analyst at Instinet. “He has been a very good protector of the value embedded in the company.”

Wynn Resorts recognized how valuable he has been to the operations of the company. In a statement, Chairman Phil Satre said, “Matt Maddox successfully navigated the company through its most difficult and challenging circumstances. He has rebuilt a solid strategic plan and capital foundation which now positions Wynn Resorts to enjoy what the Board of Directors and I believe will be a period of remarkable growth and success.”

He added that it has been the decisiveness and innovative ideas of Maddox that have had a profound impact on the success of the company. “This year alone, Matt and his team successfully opened Encore Boston Harbor, reinvigorated Wynn Macau with a full renovation, completed the expansion of the Wynn Las Vegas convention center and solidified our creative expansion plans for Wynn Palace in Macau which provides us with an enviable pipeline for growth and innovation.”

According to the terms of the agreement, he will receive the same $1.9 million base salary plus bonuses. In 2018, he received bonuses of $17.1 million.