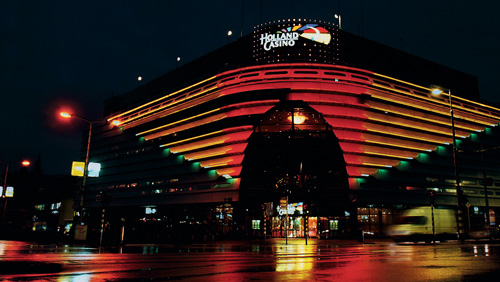 The state-run Holland Casino company in the Netherlands will maintain its course for at least another four years. The venue has been run by CEO Erwin van Lambaart for the past three years and his contract is set to expire in 2020. Regulators like the job he’s doing and, after receiving positive feedback about his performance from the supervisory board of the casino, have decided that he needs to keep running the show.

The final decision on whether or not to keep van Lambaart or let him return to the entertainment industry from which he came lay with Dutch Ministry of Finance. After the supervisory board gave the executive rave reviews about his performance, the chairman of the board, Willem Bröcker, also highlighted his ability to weather the storm and keep the casino on course.

Bröcker said of the CEO, “With the reappointment of Erwin van Lambaart, we ensure the continuity of Holland Casino’s successful strategy. In recent years, he has steered the company through turbulent times in a powerful manner and has ensured stability within the company. In addition, he has successfully managed to unite his team’s interests and the social role of Holland Casino through the ‘HC2020’ strategy, which has been implemented decisively. His knowledge and insights will be of great importance for the company in the coming period.”

The Netherlands had some ups and downs in its gambling world in 2019. Discussion had been in place for several years to privatize the Holland Casino brand, and this appeared to be close to happening earlier this year. However, Sander Dekker, the country’s Justice Minister, backed down on the privatization bill, which he had submitted, explaining that other gambling issues needed to take precedence over the privatization.

One of those issues was online gambling, which had been approved in February. It was now time for the government and regulators to move forward and develop the necessary framework for the activity, and releasing Holland Casino no longer appeared to be as important. That is apparently turning out to be a bigger job than anyone anticipated, since it was announced in the middle of last month that online gambling will have to wait another six months.

Erwin van Lambaart probably isn’t disappointed with the delay. Holland Casino has a lot of plans in the works and his reappointment will allow continuity in their progress. He added after he was approved to stay at the helm, “I look forward to continuing this great assignment as chairman of the board to make Holland Casino more future-proof and to face the tough challenges ahead. Our successful strategy will be continued in the coming years, including the launch of the online gambling market, the opening of new locations in Venlo and Utrecht, and various product innovations and improvements for our customers.”

Privatization of Holland Casino could earn the Netherlands up to 1 billion euros – or more
Willem van Oort
19 May 2016
.