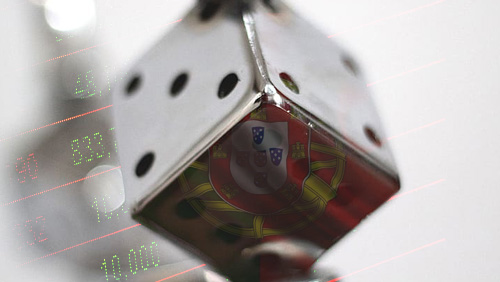 The Portuguese apparently really like to gamble. According to data just released by the country’s gaming regulator, known locally as the Serviço Regulação e Inspeção de Jogos do Turismo de Portugal (SRIJ), the third quarter of the year marked another substantial increase in iGaming. This is the seventh consecutive quarter that revenue associated with online gambling grew and the trend is only going to continue.

Portugal has 11 online gambling operators holding 18 licenses. This is two more than what was seen in the third quarter last year, but the revenue was substantially higher than what would have been expected by the addition of two operations. $60.3 million in revenue was taken in during the quarter, which represents a 39.1% increase over the $53 million a year earlier. This proved especially beneficial to the state, which saw its tax revenue jump from $7.12 million to $26.25 million.

Casinos saw their online revenue increase from $28.14 million to $31.37 million, while online sports gambling raked in $28.81 million. That figure was $7.12 million more than a year earlier and a staggering $25.58 million over the second quarter of 2019. The total handle for sports bets for the quarter was $126.82 million, only a little more than the $124.71 million from the second quarter. However, it was a drop from the $146.07 million seen a year earlier. As should be expected, the majority of the wagers – 77.53% – were placed on soccer matches.

With the continued rollout of new online gambling operations, marketing efforts are following. This is helping to create tangible results and driving more gamblers to register with online casinos and sportsbooks. In the first quarter of the year, there were 125,200 newly-registered online gamblers, followed by 102,200 in the second quarter. Last month, the number increased substantially to 149,000, which led to Portugal seeing 354,100 gamblers placing online wagers in the quarter.

Across virtually all of the European Union, except maybe the U.K., where regulators are determined to push gambling into the back alleys, online gaming continues to gain strength. In all of the jurisdictions, though, offshore sites continue to operate. Portugal is no exception, and recent reports have found that many Portuguese still favor these sites over the regulated ones.

Perhaps out of habit or concern over tax implications, the reason isn’t clear. However, a survey this past October by the Associação Portuguesa de Apostas e Jogos Online (APAJO), the Portuguese Association of Online Gambling and Gambling, found that 56% of gamblers are using unlicensed operators, as well as, on occasion, licensed entities.