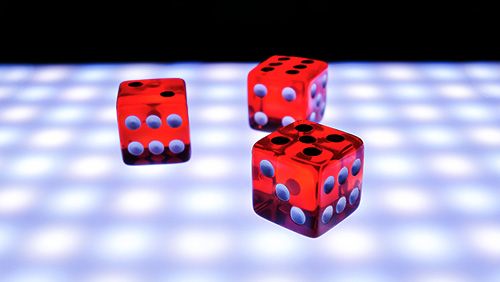 The theme of day two at the G2E Asia @ The Philippines conference very much focused on the future, and the Gaming Innovations panel lead by Ben Blaschke, Managing editor of Inside Asia Gaming, was no exception. Three panelists took a look at what the future holds in store and the types of changes we can anticipate from new technology.

Georg Washington, CEO of Synergy Blue, noted that in order to capture new markets, customers will expect to see something new. We can expect to see wholesale upgrades in the next 5-10 years, noted COO of Alphaslot Albert Yu.

But Yu then noted that due to the regulations around landbased gaming, it’s difficult to adapt some of the innovative ideas we see in the online space. To achieve the wholesale change he’s anticipating, a leader needs to push for new ideas, either skill or cloudbased, artificial intelligence (AI) or blockchain. Specifically, to capture the younger generation, he expects a bigger investment in aspects like esports, mobile, achievements and social status.

Joji Kokuryo, Managing Director of Bay City Ventures LTD, agreed that wholesale change could be coming, but noted that a simple overhaul of presentation goes a long way to capturing new attention. Using the same old games with new presentation could capture a new segment of the market and bring in new profits. Yu agreed, noting that with tech like blockchain, players could keep a history with a game and create a journey, enjoying avatars that follow them and creating a whole new experience from the same game.

Washington then noted that skill games still need more time to mature. Introducing a Candy Crush clone could capture a market familiar with that game but now willing to gamble on it. He also noted that slots have been around 100 years, but skill gaming only has existed for 4-5 years. It’s simply not as mature as traditional offerings, but it will get there eventually. Once the next generation of players start to come in, they’ll want to see progress in their games, and skill gaming offers that.

Kokuryo then noted that there’s really no difference between young and potential players. Where new innovations need to focus is in solving problems that exist with current operations. He pointed to electronic table games (ETGs) in Macau: they solved problems like hiring new employees and inspection times, immediately improving the bottom line.

In a quick round of questions, Washington and Kokuryo agreed that blockchain technology will help keep players invested in a game even once outside the casino. As Washington put it, it will help bring “clicks to bricks.” Kokuryuo also emphasized how huge ETGs are going to be huge in Japan, as they offer a great way to learn a game without embarrassing yourself, and doing so at your own pace.

Washington also emphasized that when offered true innovation, or just a twist on something previously offered, operators always want something completely new. They’re willing to take that risk in the hopes of capturing a new market.

Yu also stressed that focusing on specific segments could be like putting on blinders. In the other gaming world, the right game, like Warcraft, hits it big globally and with all segments of the market. Developers just need to find the right recipe for success to find new players. Kokuryuo joined in on this sentiment, and noted that technologies like facial recognition could help developers start identifying the aspects of games players like best and least, emphasizing the former and eliminating the latter.