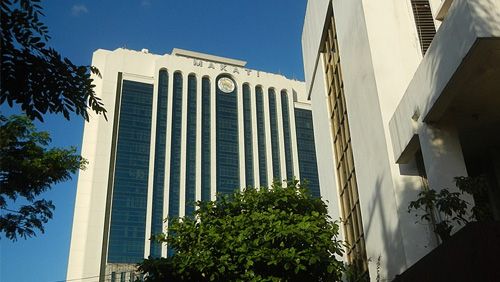 POGOs, or Philippines offshore gaming operators, continue to find themselves struggling in an environment that is becoming stricter. Tax authorities have been cracking down on the operations, ensuring that they give up their proper share to the government, and Makati City is now taking the extreme measure of suspending any new licenses or permits. The move comes following an alleged increase in crime, including prostitution, committed by the companies.

Makati’s mayor, Abby Binay, issued a statement December 8 about the policy change, explaining, “We would no longer accept new applications for Pogo service providers, and crack down hard against illegal activities that are catering to Pogos and their employees within Makati.”

The change also follows a trend that saw POGOs as a major source of real estate growth in the country. However, there is concern that the only outcome, were the sector to be allowed to continue to grow, would be a bubble that could burst at any time. Many POGOs have been employing Chinese workers, leading to an increase in demand for business space and housing, forcing prices to skyrocket. In the long run, though, this won’t last, and Binay adds, “This puts the local property sector at risk of overheating, where its growth becomes unsustainable.”

Makati has shut down four illegal POGO service providers, two brothels that hosted prostitution dens and a restaurant that was violating local codes. The influx of Chinese has overwhelmed the city, and others in the region, leading to what city officials say are unsafe living conditions, uncontrollable crime and no adequately-priced housing.

Last week, officials in Barangay San Antonio made a huge drug bust at an apartment that had been converted to a warehouse. The apartment had been rented by a Chinese national and police confiscated $49 million worth of illegal drugs when they moved in. Makati is hoping the new rules will help prevent similar situations from being seen within its borders.

There are reportedly around 300 POGOs operating in Makati, all providing employment to thousands of individuals. However, the vast majority of those employees are Chinese nationals not legally able to work in the country. Of those 300 shops, only 200 are said to be registered with PAGCOR, the Philippine Amusement and Gaming Corporation.

Binay is willing to consider new businesses, provided they follow the laws. She added in her statement, “We will always welcome legitimate businesses in the city that strictly adhere to all laws and ordinances, particularly the payment of taxes. And we will always strive to provide these businesses and their employees with a safe environment conducive to business growth and personal activities.”

Cutting off approvals for new POGOs to protect the real estate industry long term is a conservative move in the extreme, and doesn’t make a whole lot of sense on the surface. If the industry starts to fade, the market will crash either way, and Makati has been happy to accept the growth POGOs have provided so far. The big question here is, what’s forced Binay’s hand, putting an early end to the growth of a booming industry?