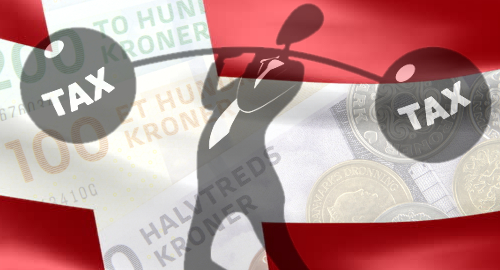 Denmark’s online gambling operators got an early lump of coal from the government via a plan to hike their gambling taxes to 28%.

On Monday, Denmark’s government presented its 2020 Finance Act, which includes a plan to boost online gambling tax rates from their current 20% of revenue to 28%. The government expects the hike will eventually bring in an additional DKK150m (US$22.2m) to its annual budget following its introduction in 2021.

The hike represents an effective 40% rise in Denmark-licensed operators’ tax obligations, a not insignificant undercutting of local licensees’ bottom lines. The government stressed that land-based gaming operators already pay much higher rates — 45% for casinos, 41% for slots outside casinos, plus top-up taxes on revenue above certain benchmarks — so best be thankful the hike isn’t higher.

Regardless, the tax hike will likely have an impact on online licensees’ ability to promote their products, which may be the government’s true intent, given stats showing TV and radio gambling advertising hit a record high in 2019. Danish-licensed operators adopted a new voluntary code this spring aimed at reining in excess TV marketing.

The government is said to be increasingly concerned at the nation’s problem gambling rates. The Spillemyndigheden regulatory agency’s ROFUS self-exclusion registry had signed up nearly 20k participants as of September 30, of which more than two-thirds had opted for permanent exclusion.

This week, Spillemyndigheden announced a new campaign to promote its StopSpillet gambling help line. The ‘Poker Face’ promos feature three individuals struggling to hide their gambling from friends and relatives, closing with the tag line: “If you can’t say it out loud, you can tell us.” The promos are accompanied by a new live chat function on the StopSpillet website.

Denmark’s online gambling market is routinely cited as a model for other jurisdictions to follow in transitioning from a state-run gambling monopoly (in this case, Danske Spil) to an open competitive market. Denmark has enjoyed a high rate of ‘channeling’ gamblers away from internationally licensed operators to sites with Spillemyndigheden’s seal of approval. It remains to be seen what effect the tax hike, some of which will most assuredly be passed on to Danish punters, has on this channeling rate.