The first round of futures betting in the Kentucky Derby came to a close last night with a solid showing from gamblers. Pool 1 opened November 29 and ran through yesterday evening and collected a fair amount of money on the popular horse racing series of events, but perhaps not as much as many had expected. The favorite, though, was right on the money. 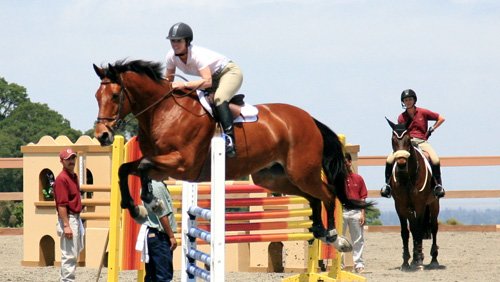 Over $284,000 was put into the win pool with one category, “All Other Three-Year-Old Colts and Geldings,” being the favorite. None of the individual choices saw better than 10-1 odds, indicating no overwhelming support for any of the candidates. Tiz the Law, who won the Champagne Stakes (G1) at Belmont Park this year, closed at 11-1 following a loss at the Kentucky Jockey Club Stakes (G2) at Churchill Downs this past Saturday. The colt had opened at 8-1 odds.

Next in line is Dennis’ Moment, the winner of the Iroquois Stakes (G3) race, at 12-1. The next two, at 13-1 odds, were Independence Hall, best known for the performance given at the Nashua stakes (G3), and Breeders’ Futurity (G1) winner Maxfield, followed by two relative longshots, American Pharoah (G1) winner Eight Rings and Breeders’ Cup Juvenile Turf (G1) winner Structor.  Both closed at 24-1 odds. American Pharoah took place at the Santa Anita Park horse track, which has been in the news a lot this year for a string of unexpected horse deaths.

Churchill Downs also gives gamblers an opportunity to wager on who might be the father of the next Kentucky Derby winner. Constitution, who sired Tiz and Independence Hall, opened at 4-1 and closed only a little softer at 5-1. American Pharoah isn’t just a racetrack; it’s also the name of a horse who has had a spectacular career. He won the 2014 Triple Crown, was the 2015 Eclipse Award recipient for Horse of the Year and was the 2015 Champion three-year-old. If he were to sire the next Kentucky Derby winner, gamblers would be looking at payouts against 12-1 odds.

Based on data available from Churchill Downs, the amount wagered in the first pool ahead of last year’s Derby came in at over $290,000, of which $259,000 went to futures bets. The increase seen this year is indicative of the continued acceptance of wagering on all types of sporting events and this trend will continue next year, as well. For those who missed getting into the first pool, there will be three more – in February, March and April – ahead of the Derby in May.