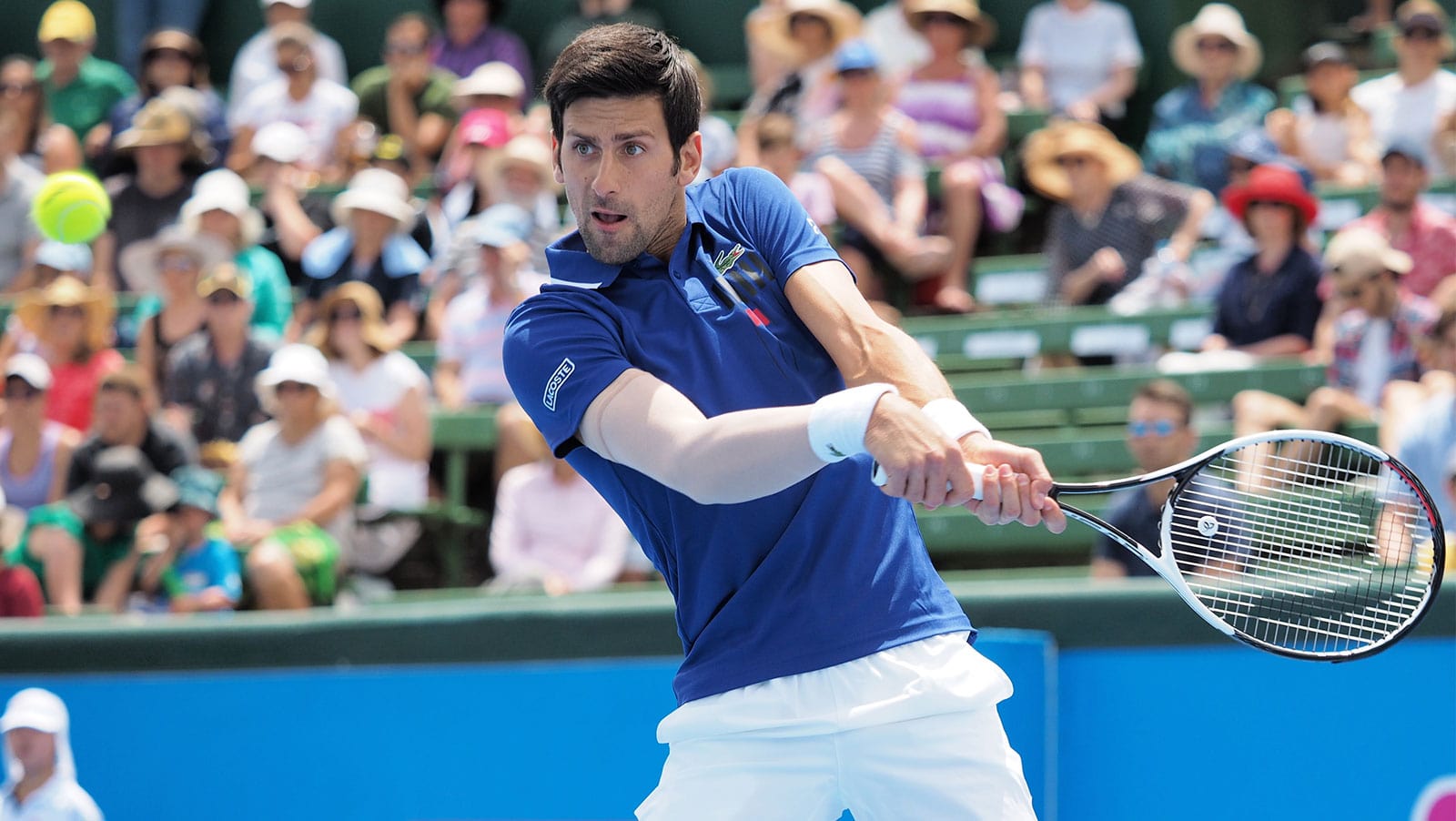 In this 8-part series, we’ll assess each player in the top eight and what they can achieve in 2020. We’ll look at how their positions are under threat and what they can do to attain their goals in the season to come. It’s never easy to look forward, but with our 2020 vision, you’ll have the benefit of hindsight when you’re talking tennis during the next 12 months.

We start with a player who has the world at his feet. Winning two Grand Slams in 2019 – the Australian Open and Wimbledon – the Serbian finished the year behind only Rafael Nadal in the world rankings. Djokovic’s record in this decade, however, is unparalleled. The Serb has 15 Grand Slam titles since the start of 2010 – achieving his first just before the start of this decade – and is the man to beat in the betting markets next year. Only Rafael Nadal at the French Open is a favourite other than Djokovic. The bookmakers are clearly as scared of him as his opponents are.

What’s in His Locker?

Novak Djokovic arguably has the most complete game of any player on the tennis circuit. A powerful serve, unbelievable returns and groundstrokes to die for, the Serbian has it all. With his physicality seldom mentioned, Djokovic’s athleticism and ability to get around the court is second to none. No-one will sprint for that last shot harder than he will.

The desire to win is a huge factor in whether Djokovic will end up overhauling Roger Federer’s record of 20 Grand Slams. His mind and body are willing, and he has no obvious injury worries ahead of the 2020 season. It really is just how much he wants to win, and at present, he seems to want it very much.

Djokovic has an incredible Grand Slam record, including in particular at the Australian Open, where he has won it a record 7 times. If anyone should be favourite to win it again – and he is – it’s Djokovic. With 16 Grand Slams overall, the French Open is the one he’ll find difficult, but Wimbledon will again be an event he pushes very hard to win back-to-back, especially given it would be his sixth victory in South London.

Where are His Weaknesses?

Others on the tour do have weapons to hurt ‘Djoko’. Stefanos Tsitsipas can live with anyone’s mental energy and intensity. Dominic Thiem will be on a par with Djokovic on clay at least in the next 12 months. Rafael Nadal has always found Djokovic a problem, but again, on clay, won’t be beaten by him. Roger Federer, however, clearly didn’t enjoy being on the wrong end of the five-set Wimbledon epic that swung the overall titles chart back to ‘reachable’ rather than ‘out of reach’ for the Fed Express’s challengers. Novak Djokovic is chief amongst them.

It’s impossible to see Djokovic not winning at least one Grand Slam in 2020, with the first stop in Melbourne his likely best chance of success. Back Djokovic to bag that and consider the possibility that he saves his energy for the harder court slams of Wimbledon and the U.S., abandoning the French Open as a waste of energy.