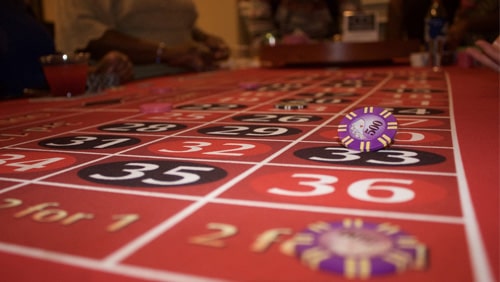 It now appears that the fate of two casino ships that are currently docked in a harbor of Buenos Aires are dependent upon the Argentine Supreme Court. A news release on November 13 confirmed that the highest court in the country is currently hearing a complaint by the government of Buenos Aires, the capital of Argentina. The suit asks the court to stop the casinos from operating because their license expired in October.

In its rebuke of the suit, the company claims that a gross increase in taxes and an unexpected fee led to them failing to meet their contractual obligations. The court initially agreed, rejecting the cease and desist request.

Now the matter moves to the highest court in the land, who will not only determine if the company can continue to operate, but they may have to determine if a provision within the Constitution of Buenos Aires must be amended.

When Estrella de la Fortuna (the Fortune Star) first was granted an operating license in 1999, this relationship seemed destined for conflict. They were the first riverboat casino to be authorized to operate, but this was in violation of the city of Buenos Aires’ Constitution which barred any private gambling operation within the city limits. Despite this provision, the national government awarded the license, claiming that the casino boat was not actually on the soil of Buenos Aires.

Seven years later, a second ship was granted a license as well. The city attempted to challenge the license, especially considering that they were unable to charge taxes on the gambling operations, but the judge involved in the case ruled in favor of the casino.

In 2016, Mauricio Macri became the new president of Argentina. He opted to increase the fee for the casinos to operate from 20% to 30%. He also authorized the transfer of gaming jurisdiction to the city government of Buenos Aires. They began charging a 12% gross receipts tax on all gaming operations.

Estrella de la Fortuna filed the suit against both the city and national governments, claiming that the new taxes automatically extended the contract. In April, a judge agreed with that ruling, suspending the end of the contract. The city appealed and won. “For us, the contract is expired since October 8. That is why we now file a complaint proceeding with the Supreme Court. Meanwhile, we will continue charging the fee and gross receipt tax,” explained a spokesman for the city.

While the matter moves to the Supreme Court, that does not mean it will be adjudicated quickly. There are no deadlines placed upon the court as to when they are to rule, which could mean they could take years before making a determination. For now, the casinos will continue to operate until a final disposition is determined.