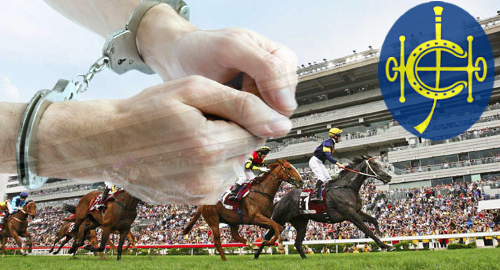 The Hong Kong Jockey Club (HKJC) is wearing egg on its face after half a dozen staff members were arrested following an illegal gambling probe.

The arrested individuals included 15 members of a “corrupt and illegal” bookmaking operation operating out of a residential premise in the Tsuen Wan district. But those feeling the long arm of the law also included six HKJC team members: four stable staff and two assistant trainers.

The ICAC stated that the suspects were engaged in “the provision of privileged information to facilitate illegal bookmaking and control of race horses.” The ICAC’s investigation into the matter is far from over, but for the moment that’s all the detail it was willing to provide.

The HKJC issued a statement saying it was cooperating with the ICAC and that “upholding uncompromising integrity has always been the core value of the Club.” The HKJC added that it has “zero tolerance for any illegal acts or activities of its employees.”

As Hong Kong’s betting monopoly, the HKJC is used to looking further afield for unauthorized competitors to demonize, including some familiar faces on the Asia-Pacific online betting scene. Some HKJC execs have even referred to their competitors as having blood on their hands by daring to stick their straw into the HKJC’s milkshake.

Speaking of, the HKJC was forced to acknowledge Hong Kong’s increasingly violent political protests on Tuesday by issuing a statement refuting online rumors that the Sha Tin Racecourse “has been used as a police base.” The HKJC said this claim was “untrue” but admitted that “some police vehicles accessed the racecourse road without notifying” the HKJC.

The HKJC is finding it increasingly difficult to remain aloof from Hong Kong’s riots, having been forced to cancel a day’s worth of races in September. In that case, activists threatened to disrupt a race featuring a horse owned by pro-China lawmaker Junius Ho Kwan-yiu, who was earlier caught on video congratulating pro-China thugs who beat up pro-democracy protesters.