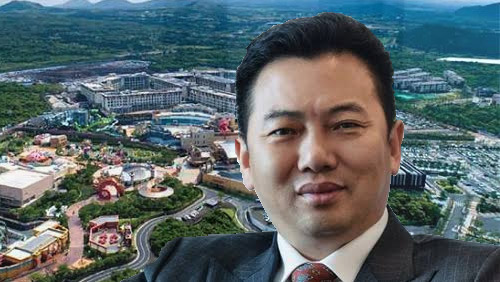 Two men that are trying to claim shares in casino operator Landing International Development (LID) will need to do a better job at proving their holdings. Half of the shares held by an offshore firm that invested in Landing are being claimed by Glen Ho Kwok Leung and Lai Kar Yan, who assert that they are acting as “receivers” of the shares, but Landing isn’t convinced. The company’s CEO, Yang Zhihui, is ready to fight and promises to “take all necessary and appropriate actions to protect his interests.”

The debate centers on 50.48% of ordinary shares held by Landing International Ltd, a company registered in the British Virgin Islands. That entity, according to a filing by LID with the Hong Kong Stock Exchange (HKSE) earlier this year, is the “ultimate holding company” of LID, of which Yang is the sole shareholder.

In calling out the antics of the pair, Lid filed a report with the Hong Kong bourse this week. It reads, in part, “Mr. Yang – who is the sole shareholder of Landing International Ltd, as well as the chairman and executive director – has informed [LID] that he was not aware of the alleged appointment, and he will further look into the situation and take all necessary and appropriate actions to protect his interests over the relevant shares.”

Yang had gone MIA in August of last year after having last been seen in handcuffs being escorted by two men, presumably law enforcement officials, at an airport in Cambodia. He returned to the helm a few months later, asserting that he had been “helping the Chinese government” with an important investigation.

The two “receivers” of the shares had reportedly been working as representatives for a financial audit firm, Deloitte Touche Tohmatsu LLC, according to information presented to the HKSE this past June through a filing not related to LID’s operations. If that is the case and their actions are tied to that employment, it seems like it would be easy to figure out the legitimacy of the claim. The latest filing with the Hong Kong bourse adds:

“Mr Yang has also confirmed that there is no change in the ownership of Landing International Ltd as well as Landing International Ltd’s shareholding in [LID] as at the date of this announcement,” further stating, “To the best knowledge of the board, the board currently does not expect the alleged appointment would have any material adverse impact on the daily business operations and financial positions of the group.”