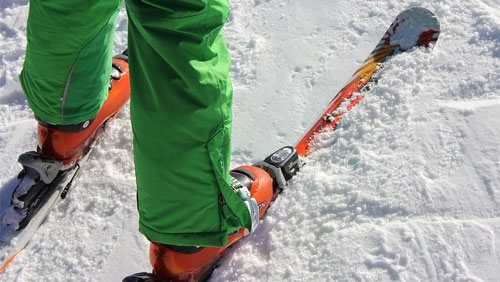 The idea of an integrated resort (IR) in Japan is somewhat of a touchy subject. There are those who are staunchly opposed to allowing gambling to come inside the country’s borders on such a large scale and casino operators are working on ways to overcome these concerns. To help prove they are more than just a casino operator, Melco Resorts & Entertainment has stepped forward with details of its plan for attracting non-gambling visitors, as well.

Melco has plans to develop two five-star resorts in Japan, neither of which will offer gambling activity. One of the venues will be the Hakone hot spring resort in the city of the same name. It will be a four-story property that spans 6,500 square meters (1.6 acres) and which offers around 35 luxury suites. It is being designed by Shigeru Ban, a Japanese architect who is behind the Japan Pavilion from the 2000 World Expo and Christchurch Cathedral in Dublin, Ireland.

Hakone will also be home to a separate ski resort, Melco’s second non-gambling project in the country. Naomi Osaka, one of Japan’s hottest tennis pros and now Melco brand ambassador, will be the venue’s sports director and will oversee the property’s sports, health and wellness programs.

The company has also said that it’s prepared to spend as much as $250 million through its hospitality investment fund, Melco Creative Exchange. The goal of the fund is to provide investments toward the revitalization of local economies in the country through hospitality, leisure and entertainment offerings.

The IR scene in Japan continues to take shape, despite concerns from those uncertain of how the industry will unfold. To help assuage those fears, the IR Gaming Expo 2019 was held last week, giving everyone a chance to learn more about what is coming and how the activity will be managed by national and local governments. Held in Osaka, one of the prime candidates for an IR, attendance at the event was high, which indicates how much attention is being placed on the upcoming gambling market.

By the time the four days of the event had wrapped up, 40,540 visitors had passed through the entrances of Intex Osaka. They were there to learn more about the possible programs and see what companies such as MGM Resorts International, Galaxy, Las Vegas Sands, Melco and others had in store. That figure only counts those from the general public, who were able to attend Saturday and Sunday. The first two days had been reserved for business-to-business and media visitors, and saw a total of 17,634 attendees.