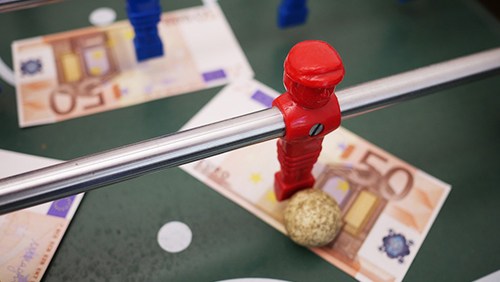 The award for the most questionable sports bets of 2019 goes to Europe. According to a report by the International Betting Integrity Association (IBIA), the majority of all “suspicious” betting alerts came out of the region in the third quarter of the year, with Asia following closely behind. The results aren’t too surprising, given the advanced presence of legal sports gambling in those regions, compared to others, like the U.S., that are just now getting into the mix.

The IBIA, which was known as the European Sports Security Association (ESSA) until five months ago, states that there were 50 alerts in the quarter, one less than had been seen in the previous three-month period. Compared to what was seen a year ago, though, the number is a substantial improvement. The third quarter of last year saw 72 alerts.

In the most recent findings, 21 alerts came out of Europe and 18 out of Asia. Tennis and soccer were the two main culprits, making up 90% of all suspicious gambling activity. That supports previous reports that both of the sports are seeing a serious amount of match-fixing. Khalid Ali, the secretary general of the IBIA, asserts:

“We welcome the ongoing efforts of the sport to work closely with us and to identify and impose sanctions on corrupt players. The scope of the association’s unique and global leading monitoring system has been boosted by four new members during 2019, with discussions ongoing with a number of other companies interested in investing in integrity and protecting their businesses from corruption.”

He told Yogonet that interest in joining the organization is increasing in Latin American countries where sports gambling operators want to ensure they don’t fall into the same traps seen in other regions. He explained, “We have a pipeline of new members that we are speaking to, which includes operators in Latin America, we are optimistic that we will have some more new members join us in the next six to nine months.”

For the first three quarters of 2019, there have been 138 alerts, 25% lower than the 184 seen in the same period last year (the entire year saw 267). The drop came from a substantial improvement in tennis monitoring and better scrutiny of the International Tennis Federation tour. A major scandal had surfaced about match-fixing at lower-tier events in recent years, and the ITF has apparently taken better control to ensure the scandal isn’t repeated.

In the U.S., the Sports Wagering Integrity Monitoring Association (SWIMA) acts to ensure sports integrity. The IBIA is working with the group as legal sports gambling continues to spread across the country and is lending its expertise and tricks of the trade to the organization and Ali expects that relationship to get stronger as the industry evolves.