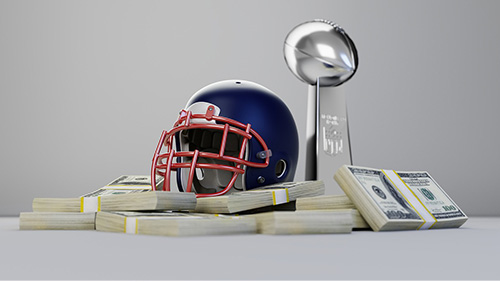 The NFL aims to get as many teams as possible featured on Thursday nights during the season simply as it’s smart marketing to tout all the clubs. The league can’t show mega-popular teams like the New England Patriots or Green Bay Packers in prime time every week.

That above explanation is provided because the Washington Redskins this season should not be featured in a nationally televised game as they are almost surely the NFC’s worst team. Alas, the schedule-makers didn’t know that early this year when putting the Thursday night slate together and one-win Washington is a 16-point underdog to kick off Week 8 at the Minnesota Vikings. That’s one of four double-digit spreads for this week and the biggest of the four. The Vikings have covered 10 of their past 11 as favorites.

There is one fairly interesting story line here and it’s Vikings quarterback Kirk Cousins facing his former Redskins team for the first time. Cousins was a fourth-round pick of Washington in 2012 and eventually became a much better player than the team’s No. 2 overall pick that year, fellow QB Robert Griffin III – although RGIII won NFL Offensive Rookie of the Year.

However, the Redskins never tried very hard to sign Cousins to a long-term deal at market value, instead twice slapping the one-year franchise tag on him. It wasn’t financially responsible to do it a third straight year, so Cousins left after the 2017 season and signed a three-year, $84 million fully guaranteed contract with the Vikings in March 2018. A fully guaranteed deal of that magnitude was historic in the NFL.

The last time the Redskins played the Vikings was Week 10 of the 2017 season in Maryland and Minnesota won 38-30 against its future quarterback. Cousins threw for 327 yards, a touchdown and interception. The guy he would eventually replace under center with the Vikings, Case Keenum (now Washington’s starter), threw for 304 yards and four scores.

Cousins is on the best three-game stretch of his career and Minnesota has won them all. In fact, Cousins is the first QB in league history to throw for at least 300 yards and with a passer rating of at least 130 in three consecutive games. Washington, meanwhile, was blanked at home by the San Francisco 49ers on Sunday and totaled 154 yards. Interim head coach Bill Callahan says that Keenum remains his starter despite throwing for just 77 yards.