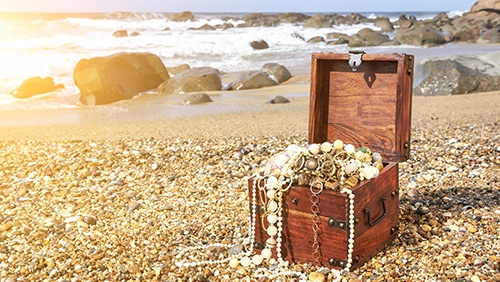 The gaming industry’s drive to bring in higher profits has led them to loot boxes, bringing their world that much closer to the world of gambling. While the U.K. still does not recognize the practice as gambling, Anne Longfield, the children’s commissioner for England, believes the country should consider restricting the practice in the same way gambling has been.

The Guardian reports Longfield is calling for loot boxes to be classified as gambling. To help curb potential symptoms of gambling problems in children, she also wants maximum spending limits applied to the practice.

Her recent report, Gaming the System, indicates that children themselves are afraid of what loot boxes may be doing to their play time. It investigated the amount of hours children dedicated to gaming, as well as interview them to their thoughts on loot boxes.

Children aged 10-11 were found to have played an average of 2-3 hours per day, while ages 15-16 played between 1-3 hours per day. Fifa, more popular with the older set, offers loot boxes of players to help gamers improve their team. “I never get anything out of it [buying packs] but I still do it,” said one 14-year-old gamer.

While there are definite benefits to gaming, including developing a variety of skills and friendships, Longfield noted that none of the benefits came from loot boxes. “Children have told us they worry they are gambling when they buy loot boxes, and it’s clear some children are spending hundreds of pounds chasing their losses,” said Longfield. “I want the government to classify loot boxes in games like Fifa as a form of gambling. A maximum daily spend limit for children would also be reassuring for parents and children themselves.”

Loot boxes aren’t currently classified as gambling, several parliament members and the U.K. Gambling Commission have suggested they should be regulated. While most games don’t offer the possibility to profit from a loot box, it follows all the same mechanics as using a slot machine and creates many of the same effects on its users.

“Video games can be enjoyed by children safely as part of a healthy lifestyle and we encourage parents to use built-in controls to set spending and time limits.

“But we are clear children must always be protected from harm and we will carefully consider the concerns raised in this report in relation to excessive or gambling-like behaviour.”