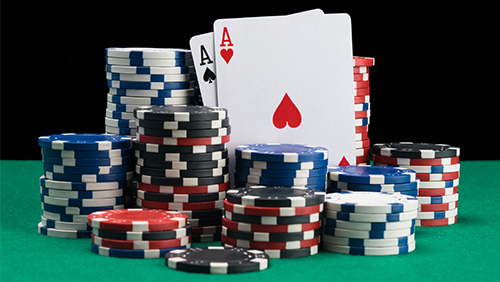 With all the main challengers for the 2019 WSOP Player of the Year title in Rozvadov or on their way to the King’s Resort in the hope of winning bracelets and earning points, the race is well and truly on for the banner which will be on the wall at the Rio for next year’s 2020.

But which players are in the best position to thrive and who of the top title hopefuls are up against it after just a couple of events?

Despite busting on Day 1a of Event #1: The Opener, Kid Poker is feeling good about his chances in the Czech Republic/German border town. The six-time WSOP bracelet winner sat down in Event #2: €550 Pot Limit Omaha, and his unique brand of positivity and declaration has already entertained tens of thousands of fans on Twitter over the past three days.

WSOPE VLOG Day 3 – We’re jumping into the PLO Event and looking for our first cash of the Fall?https://t.co/KDAGyXuFjp

Some love him, some hate him, but there’s no doubting Deeb’s prowess, especially in Pot Limit Omaha, and with Event #2 well underway, Deeb had ten times the starting stack after the early levels. Interestingly, after being unspoken on a number of subjects over the past few months – as well as laying down marriage last longer prop bets – Deeb has sold some action for this year’s WSOP Europe, just like Negreanu, although, really not.

The current leader is going to be tough to stop if his dedication is anything to go by, with Campbell still in contention at the time of going to press in Event #1. Plus, the Australian even recorded his own ‘theme song’. What’s not to like about this guy?

A lot of people have been asking me the same question recently, so I made a song #Rozvadov #POY #WSOP https://t.co/eD2MfIqRQa

It’s not easy to go from 12th place to winning the Player of the Year purely on the European leg of the series, but if anyone can manage it, then it might just be multi-tabling Ismael Bojang. Among the leaders and down to the last 45 players in Event #1, Bojang used his dinner break to enter Event #2 in an effort to run up a stack and accumulate more points, doubling his stack after just a couple of orbits. It’s never over ‘til it’s over.

We’re not casting any aspersions, but Chris ‘Jesus’ Ferguson is in town and looking for cards in Event #2 while sat in his hat (and clothes, too; he’s controversial but he’s not dangerous). Phil Hui is also involved in Event #2 in order to make a push for the win, while David ‘ODB’ Baker is also in Rozvadov in the European poker capital as he makes a move for late points in the 11 WSOPE bracelet events on offer.

Who’ll take the title? It looks very much like we may not find out until the first few days of November as nine or so big names battle for victory.