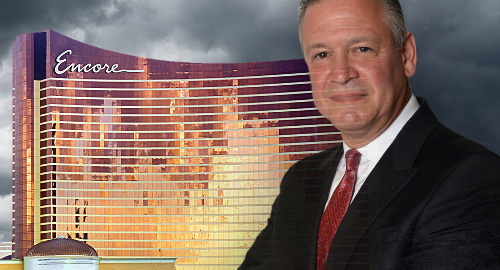 On Wednesday, Wynn announced that Encore Boston Harbor president Robert DeSalvio was “stepping down” less than five months after the $2.5b property opened its doors. DeSalvio’s role will be filled by Brian Gullbrants, an eight-year Wynn veteran who previously oversaw the casino’s hotel, food and beverage operations.

The company offered no explanation for DeSalvio’s sudden exit, but did say that his “unique talent” for getting along with community leaders and elected officials was “essential” to Encore’s early success. DeSalvio wasn’t quoted in the company’s press release about his exit.

Wynn’s announcement also stated that its Massachusetts casino planned to add Jenny Holaday as its new exec VP of operations and Eric Krauss as its senior VP of communications and public affairs. The appointments are subject to approval by the Massachusetts Gaming Commission (MGC).

However, Encore’s slots handle was down by nearly one-quarter from August, and only the return to a more traditional slots win rate allowed the slots vertical to show month-to-month growth.

At the other end of the state, MGM Resorts’ MGM Springfield property reported revenue falling about $1m from August to $19.9m, its second-worst performance to date since the $19.7m this January and a far cry from September 2018’s $27m total. Like Encore, the Springfield casino suffered a drop in its slots handle in September.

The situation was even worse at Penn National Gaming’s slots-only Plainridge Park Casino, which had the second-worst month in its four-plus years of operation. Plainridge’s slots brought in $11.5m in September, only slightly higher than the $11.3m the property earned in December 2015 as September’s slots handle fell to $147.8m, its worst showing since the $146.2m in February 2017.

The MGC is currently prepping for the renewal application for Plainridge’s gaming license, which expires in June 2020. It’s the first time the MGC will conduct a review of one of its licensee’s operations, and the regulator is still considering whether public hearings will be a part of the renewal process.