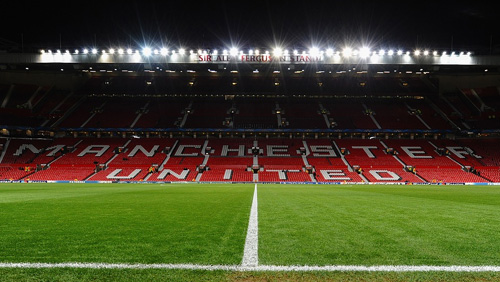 Will the Red Devils recover their powers soon enough to prevent their old foes overtaking their league record?

In May 1990, something happened that has not happened in the following three decades in football. Liverpool, mighty Liverpool, last won the English league title. Before Britpop, the death of Princess Diana and the birth of virtually their entire current squad, Liverpool were kings of England. At the time, football fans were resigned to it, it happened that regularly.

Manchester United fans were resigned to it, too. They won the F.A. Cup in 1990, a mere consolation compared to the prize they really wanted. But this wasn’t the same as the wins in 1983 and 1985. Alex Ferguson was the manager, and while he managed to survive calls for his head that season by winning the cup, that one trophy would pave the way for a glorious two decades of success.

Manchester United were the dominant force in the 1990’s while Liverpool suffered the Spice Boys, white suits and a late Eric Cantona winner at the 1996 F.A. Cup Final. It was the same story during the 200’s and 2010’s, with Liverpool suffering a slip from Steven Gerrard and Rafa’s rage.

But who will reach 21 league titles first, Manchester United or Liverpool?

We’ve already looked at Liverpool’s chances of winning three Premier League titles in the time it takes Manchester United to recover their powers, but it’s mere speculation that United have it in them to do so. So many factors look like restricting the Manchester club’s return to power and there seems no short path back to glory.

The ownership of the club is in the hands of the Glazers, who United fans have never liked for turning the phrase ‘operational debt’ into a conversation starter rather than something that never comes up. Ed Woodward has been much-maligned for his transfer dealings, but aside from a failed pursuit of Cesc Fabregas for David Moyes and the saga of Maroane Fellaini, his latter purchases look to have served the club well in their fledgling months.

The past summer’s buys of Harry Maguire, Aaron Wan-Bissaka and Daniel James look shrewd on their own merits, with the £15m paid for James one of the bargains of the transfer window. But pursuing the famous club’s mantra of ‘youth, courage, success’ is not a quick fix. It might be sensible to have given up on chasing down two such consistent teams in Manchester City and Liverpool. After all, Mourinho spent a fortune coming second, and Ferguson – and Busby – always had the belief that second was nowhere.

To others, however, success should be a constant at one of the world’s richest sporting businesses, let alone football clubs.

Starved of success during a period after the European Cup win in 1968 that included a relegation in the mid-seventies, United bounced back and took 26 years to break their own title curse. The thought of waiting so long again is the fear that drives Manchester United fans to their short termism.

How can the club ignore them, when they pay the players’ salaries? Simply because they have to. In December 1989, a banner was unfurled by United fans that could have stoked more trouble than ‘Come back when you’ve won 18’ at Anfield ever did. 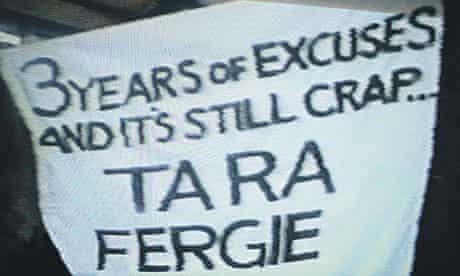 United ignored it, stuck with their man into 1990 and saw him begin a dynasty of success which, as a single manager of one club has never been matched. Two European Cups were brilliant, but 13 league titles were a miracle no United fan saw as possible in 1989.

Do United stick with Solskjaer, or reboot with an Allegri or Pochettino? That’s a decision for a board who are walking on thin ice, but the philosophy of the club, long-abandoned under Mourinho, must prevail. Liverpool are heavy favourites to win the league title this year. Manchester City winning it would almost be  as bad, as they would equal United’s proud record of winning three league titles in a row in the Premier League era.

United, if they are to grab title #21 before Liverpool, who are likely to win their nineteenth title this season, may need to employ the siege mentality that Sir Alex Ferguson used to his advantage all those times through the years. It’s now clear who has become the new master of using such a mentality, and his name is Jürgen Klopp.