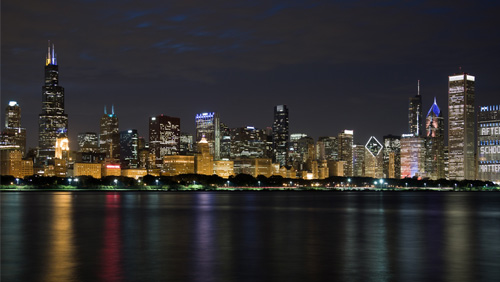 After Union Gaming shot down five possible casino locations in and around Chicago, Illinois, the Windy City still had some other options. With no viable spot close to the heart of the city, officials

broadened their search and found a possible candidate in Homewood, about 35 miles to the south of Chicago. As far as the city is concerned, it would be more than happy to host a gambling property.

This past Monday, city officials approved a proposal that would allow for the construction of a casino and hotel within the city’s territorial boundaries. The proposal was put forward by Wind Creek Hospitality, which recently completed a deal to purchase Sands Bethlehem from Las Vegas Sands, and offers to create a $454-million resort on a 24-acre piece of land right off the highway in the Homewood and East Hazel Crest area.

The casino would most likely offer more than 60 table games and over 1,300 slots. Once it is up and running, phase two would follow about 14 months later.

Since the venue is going to reside in the East Hazel Crest area, as well as Homewood, officials from the area had to weigh in, as well, before anything could be set in stone. If the village board were to give its approval, the Illinois Gaming Board will then have to review the proposal and sign off on it. The board met to vote on the subject last night, but the results have not yet been released. However, optimism is high and the general belief is that the board will side with Homewood.

That approval is supported by the expectation that the casino will generate revenue of around $155 million each year. Some of that will go to Homewood and East Hazel Crest, while another 41 suburban towns will also benefit from the revenue. In addition, around 800 full-time jobs will be available once all the operations are in place, providing an annual payroll of about $38 million.