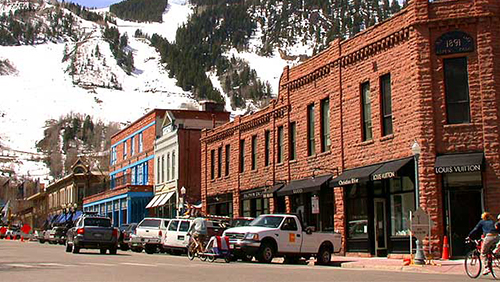 This November, Colorado residents are going to see an entry on the ballot that asks them to help the state turn sports gambling into water. Proposition DD was approved for inclusion in this November’s state elections this past May and seeks to use sports gambling tax revenue to directly pay for several clean water initiatives in the state. According to The Aspen Times, Colorado’s gambling industry is fully supportive of the measure.

Like any topic related to taxes, changes have to be approved by residents in Colorado per the state’s constitution. Prop DD is designed to help close a gap in state funding that currently sits at around $3 billion, according to officials, and which could only get bigger. It would pave the way for the Colorado Water Plan and would allow the state to collect a 10% tax on sports gambling operations offered by casinos, up to $29 million a year.

Of that amount, which bean counters expect to more realistically center on around $16 million annually, $130,000 will be destined for gambling addiction programs and $960,000 will be put in a “hold harmless” fund. That fund, approved by lawmakers, would allow traditional gambling activities to seek compensation if they can prove sports gambling damaged their financial well-being.

The remaining amount would go to different projects established to help achieve the Colorado Water Plan’s goals. Among these are programs like the Colorado River Compact (CRC), which covers several states including Colorado, and which requires those states to provide 7.5 million acre feet of water each year to Lake Powell, a reservoir that straddles the border between Arizona and Utah. In addition to Colorado, Utah, Wyoming, and New Mexico are involved in the compact, with the water destined to Lower Basin states, which include Arizona, Nevada, and California.

The CRC isn’t the only possible beneficiary of the tax revenue. Colorado-based water managers can also apply for grants through the Colorado Water Conservation Board to help with certain activity, such as agriculture, recreation, conservation and innovation, and Prop DD will make more funding available. For Colorado’s upcoming fiscal year, $10 million will be earmarked for the Water Plan Grant Program, but Prop DD could increase that amount by around $15 million a year.

In addition to the measure’s obvious supporters—conservation groups, farmers, etc.,—the gambling community has been vital in lobbying for the cause. According to information available from the Colorado Secretary of State’s office, the gambling industry gave almost $1 million through the end of September to support the Yes on Prop DD political action committee.