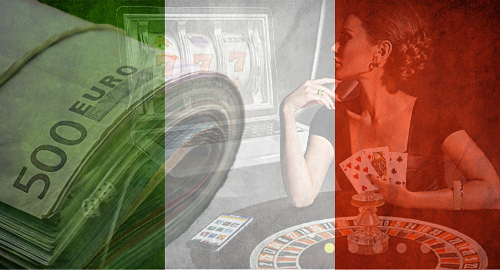 September’s decline was entirely due to land-based betting, which slid 14.6% year-on-year to €67.6m while online betting inched up 1% to €61m. UK online betting giant Bet365, whose Italian-licensed site was just blacklisted in neighboring Switzerland, claimed the online betting market share crown with 16.3%, with SKS365’s Planetwin365 brand not far behind with 13.6% and Playtech’s Snaitech brand third with 12%.

Italy’s online casino operators suffered no September slump, with revenue up 22.4% to €71.8m. The Stars Group’s PokerStars brand claimed nearly 10% of this bounty, with Sisal (9%) and Lottomatica (8.1%) hot on its heels.

PokerStars also claimed the lion’s share of both poker tournaments and cash games, each of which was on a negative trajectory in September. Tournament revenue was down 2.1% to €5.9m while cash games fell 3.7% to €4.7m.

Meanwhile, Italy’s ban on nearly all gambling advertisements and sponsorships is being blamed for an expected decline in 2019’s TV ad revenue. The country’s telecom association recently projected that internet advertising would grow 7.8% this year, with smaller gains expected for cinema (+5.6%) and radio (+2.2%) ads. But TV ad revenue is expected to close out 2019 down 3.4% from the previous year, with the so-called Dignity Decree’s gambling promotion prohibition fingered as the architect of TV’s decline.

Definitely not declining is the number of suspicious transaction reports (STR) filed by Italy’s gambling operators. Local gambling licensees reported 3,102 STR to the nation’s Financial Intelligence Unit in the first half of 2019, a two-thirds rise from H1 2018, while the financial total of these transactions was up even higher (+193%).