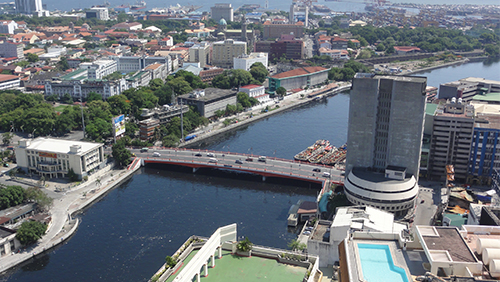 The Global Gaming Expo (G2E) Asia conference is coming to Manila for the first time on December 3 and 4, 2019. To celebrate the event’s first visit to the Philippines, the event organizers, Reed Exhibitions, hosted a press conference at the Manila Marriott hotel, including special guest Andrea Domingo, chairman of the Philippines Amusement and Gaming Corporation (PAGCOR).

Domingo welcomed the event to the Philippines, and noted that its arrival in the Philippines helps the country towards its goal of being one of the “biggest centers for gaming and entertainment in this part of the world.”

With G2E coming to Manila, she noted that this will allow PAGCOR to demonstrate to the world its ability to regulate, its experiences with supervision but also regulating casinos. She also noted that she’s happy that the world is coming to the Philippines to experience what it has to offer. “I’m sure you’ll like it so much, you’ll want to have three or four of them a year here if you can.”

The media attending the event were more interested in talking about the regulating aspect of Domingo’s job. On the topic of casinos, she was asked if she expects President Rodrigo Duterte’s moratorium on new casinos to be lifted anytime soon, but she said she has no timeline other than a new president coming to power.

The majority of the questions touched on the hot topic of Philippine Offshore Gaming Operators (POGOs). On their approach to the basic problem of online gaming in the Philippines, she commented:

She also noted that, on the topic of recent controversies like employee kidnappings, PAGCOR has formed a task force with other government agencies like the National Bureau of Investigation (NBI), Bureau of Immigration (BI) and police. That has reduced the number of kidnapping incidents. She also noted that as many as 200 illegal operations have been shut down as of last report.

Commenting on the recent crackdown of Cambodia on their online gambling industry, she also noted that the Philippines needs to maintain its tough regulation to prevent a flood of illicit activity from operators that may have been operating there. “We just want to stand on our own, transparent, clean, and fair play, so we will not benefit from it in terms of having more operators.”

For potential new POGO operators though, there is some light at the end of the tunnel. While new POGO licenses haven’t been given out in months, she said a formula has been devised to approve new operators, but it’s still under review.

Surprisingly though, when asked if the press could have a tour of a POGO facility, Domingo noted that she hasn’t set foot in one herself. Unlike casinos, she noted, which are welcoming to the public, POGOs are run like a more typical office, not permitting just anyone to walk in at a moment’s notice. But she did push back against the idea that POGOs are trying to keep an element of secrecy, simply noting that they were trying to run their business.

Finally, she addressed the idea of concentrating POGOs into hubs, an idea that came from the potential of spies in the industry spreading throughout the country and near government offices:

“It would be actually, beneficial for the workers because we would be maintaining our offices there 24/7. It would prevent crimes perpetrated against them. Also we’re planning to have orientation courses about the Philippine culture and maybe train them to have basic English language skills so that if anybody ask them, they can answer.”

Although Domingo is for the idea generally, she noted it has to be done right, and in a way where workers aren’t mistreated or left to start new problems:

“There could be a lot of intrigues. They work together, they live together and etc. So we’re looking into that also. But so far we only have two POGO hubs, and the thing is, we really want to inspect their living conditions so that we know they are at par, and that they may find living situations.”