From coast to coast in the U.S., police departments have been busy lately dismantling illegal gambling operations. Some operations involved SWAT teams, some involved busts of mob-run activity, but the end result was the same—there are a few less illegal gambling houses active. That is, until someone else moves in to fill the void. That’s almost a certainty. 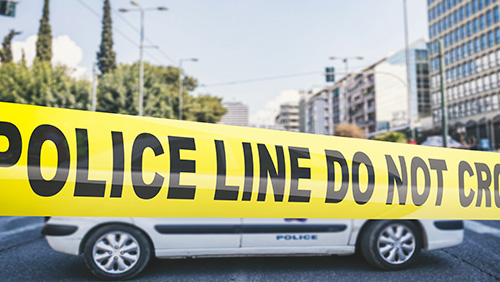 In Los Angeles, the City of Angels, some not-so-angelic individuals were running a large illegal gambling house in the San Fernando Valley. Police, accompanied by members of the SWAT team, moved in Wednesday night to dismantle the operation, detaining over a dozen individuals. With news helicopters overhead, the entire incident was caught on film and showed how police had to use a battering ram to gain access to the locale. Despite the initial detainments, police only arrested one individual, but didn’t offer any details about the type of activity that had been taking place.

The police response was reportedly the result of an ongoing investigation into illegal activity in the area. It could have been tied to previous busts made over the summer when LA police arrested 35 people tied to illegal gambling, prostitution and drug trafficking. If so, the cat’s out of the bag about a huge illegal gambling infrastructure that could be plaguing the area.

Jumping across the country to New York State, police were busy yesterday conducting a sweep that also involved federal authorities. On Staten Island, around 20 suspects were arrested for alleged involvement in activities ranging from illegal gambling to extortion. 17 of those were local to the area and a couple of those nabbed by the police are said to be tied to the Colombo crime family, with others belonging to other mob groups.

According to federal prosecutors, Joseph Amato and Daniel Capaldo, both with ties to the Colombo family, were arrested. The raid came following an investigation that began three years ago following a puzzling move by Amato—he had placed a GPS device on a local bus in order to keep track of his girlfriend at the time. Discovering the device launched an investigation that led authorities to yesterday’s police action.

The crimes also include reported racketeering. One of those arrested, 25-year-old Benjamin Bifalco, was recorded talking to Amato’s son, Joseph Jr., about fixing an unidentified NCAA basketball game. He apparently told Amato that he could pay players thousands of dollars to throw the game. While prosecutors didn’t mention which game it was, Bifalco must not have very good powers of persuasion. The team that he was going to pay off to take a dive won the match.