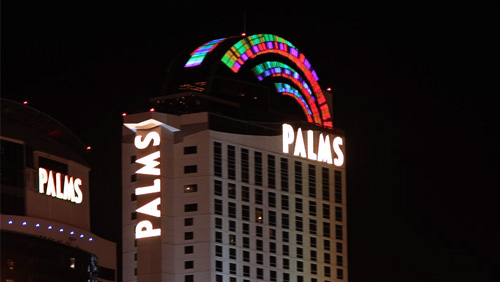 The Palms Casino Resort in Las Vegas has lost its VP and general manager. According to a report by the Las Vegas Review-Journal, Jon Gray stepped down from his executive position with the Station Casinos-owned property “effective immediately” after leading the venue through a redevelopment project that cost around $690 million.

The reason for his sudden departure wasn’t made clear by a memo distributed to the property’s staff on October 1 by Station. That memo, in standard business boilerplate parlance, simply stated, “Jon Gray has resigned as Vice President and General Manager of the Palms Casino Resort. With the third and final phase of the Palms’ $690 million redevelopment project having been completed in late September, Jon has elected to move on to the next chapter of his career. Having played a key role in our complete transformation of that property, Jon will be greatly missed at the Palms. We are extremely grateful for his many valuable contributions to the property over the years and wish him the very best of success as he proceeds to his next challenge.”

While no real reason for his exit from Palms was given, there’s a good chance that it’s tied to recent events that have taken place at the venue, as well as at other casinos owned by Station. This past April, employees at Palms decided to unionize against the wishes of the casino company. Other properties, such as Fiesta Rancho Hotel & Casino and Sunset Station, have also followed suit, but Stations has decided that the legal unionization efforts don’t suit its interests and have refused to acknowledge the measures.

The lack of support for the employees’ efforts to join the UNITE HERE union, through the Culinary Workers Union Local 226, has already caused the National Labor Relations Board (NLRB) to accuse Station of violating federal labor laws. Despite the prominent attention given to the issue by the board, and even some politicians, Station continues to abide by the law.

The 34-year-old Gray, who held the reins at Palms for about three years, wouldn’t say much about his departure, either, only offering, “It was time to go. It was time to move on. I was brought on to reposition the Palms and help rebuild it. I’m proud of what we have done with the project and now I am ready to move forward.”

Kord Nichols, currently the property’s senior VP of operations at Station, will take over the day-to-day functions at the casino until a replacement is found – someone Station most likely hopes can convince employees to walk away from the union.