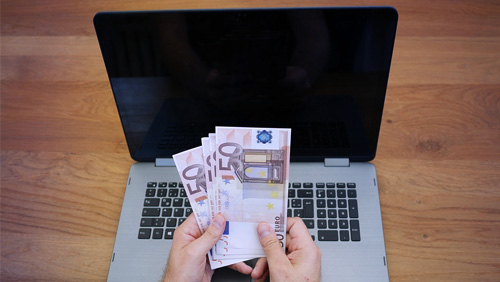 Italy has a problem. Despite decades of operations that have been launched to thwart mafias from continuing to operate, they’re alive and well. The country keeps at it, though, trying to deliver the definitive knock-out punch that will bring the groups to an end. In the latest example, Italian prosecutors are wrapping up an investigation into illegal gambling that is allegedly tied to the mob and is expected to indict as many as 51 people for their involvement.

According to a report by the Times of Malta, Operation Galassia was conducted by prosecutors and their offices in Reggio Clabria, Bari and Catania. The investigation uncovered a business that was earning revenue of over $4.38 billion each year and which integrated illegal activity into legal operations in order to cover the illicit gambling.

Malta is going to suffer a little because of the investigation. It has vowed to try to sever any relationship found to involve illegal gambling activity out of Italy, but the prosecutors have determined that the former owners of SKS365, a Malta-registered Austrian sports gambling business. Those owners are accused of conducting “the largest ever tax evasion claim issued against an online gambling company in Italy” and of using the Italian mafia to bankroll its operations while helping it avoid paying as much as $135 million in taxes.

SKS365 also apparently kept illegal operations going thanks to the Martiradonna crime family and had 2,500 illegal gambling venues running until 2015. The company is behind PlanetWin365, the company’s online casino brand and former exclusive betting partner of the Italian soccer team SSC Napoli.

SKS365 decided to come clean in 2015, at least in the public’s eye. That was the year that the Italian government launched an amnesty program designed to help illegitimate gambling businesses go legit, and SKS365 accepted the offer. However, while it was shaking hands with Italy, it kept its fingers crossed behind its back and managed to continue running 1,000 illegal shops across the country.

The Italian investigation also uncovered the possibility that a prominent Dutch billionaire is involved. SKS365 was purchased by the Ramphastos hedge fund, run by Marcel Boekhoorn, for $173 million in 2017. When reports about illegal activity at the company began to surface, Boekhoorn proclaimed his innocence, saying he was not aware of anything shady going on. However, prosecutors are now going to dig deeper into the Dutchman’s past as a result of new revelations.

The Ramphastos hedge fund purchased Talenta Labs, an Italian gaming software company, on the advice of the former head of SKS365, Paolo Tavarelli. That by itself wouldn’t be cause for concern; however, Tavarelli apparently had a financial interest in the company that was hidden from sight and part of the financing for the acquisition could have come from mafia-tied money provided by Tavarelli.

News of the investigation and the possible arrests comes as SKS365 is preparing to participate in European Gaming Congress Milan 2019, a major industry conference that will be held next month. According to a recent press release from the company, SKS365 Senior Strategic Advisor Maurizio Bernardo will participate in the conference, where he will discuss a specific topic. He will be on hand to offer “expert information about being compliant in the Italian market as an operator.”