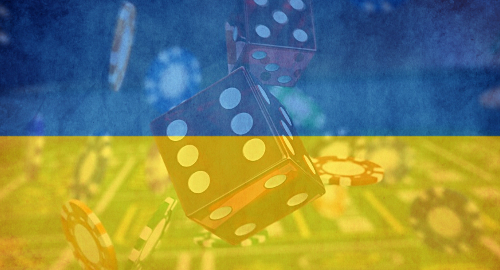 Ukraine’s gambling legalization plans include not only tourist-zone casinos but also a full-spectrum online product, according to local media.

On Tuesday, Ukrainian media outlet Ukrayinska Pravda reported that it had obtained a draft of the country’s proposed gambling legislation, which was approved by the Cabinet of Ministers earlier this week.

Previous reports indicated only that the government was preparing to authorize land-based casinos in five-star hotels in designated tourist areas. However, the ePravda report indicates that sports betting, poker and casino products – both land-based and online – are also in the cards.

According to this draft, the government is proposing the creation of a new gambling regulatory body featuring a chairman and six commissioners whose work will be overseen by the Cabinet of Ministers.

Casinos in the capital Kiev will be permitted in hotels with over 200 rooms, while smaller cities such as Odessa, Kharkiv, Dnipro and Lviv will be allowed to install casinos in hotels with at least 120 rooms.

Designated slots halls will also be permitted, provided they’re not located in areas near schools, churches, hospitals, residential apartments and public buildings. The government plans to cap the nationwide number of slot machines at 40k, with a maximum of 250 machines in any one venue.

That jibes – sort of – with Prime Minister Oleksiy Honcharuk’s comments this week that the government planned to ensure that “gambling will be conducted exclusively on the territory of hotels” while removing “gambling halls and slot machines from streets.”

The draft apparently doesn’t include specifics on how operators’ revenue will be taxed. The country’s previous attempt to reauthorize legal gambling included a 20% tax on gross gaming revenue. There’s also no specifics on whether the above license fees will allow operators to offer services online or whether separate licenses will be required.

The government will reserve control over the lottery, with authorization for a minimum of 1k lottery points of sale. Lottery tickets – be they numeric draws or instant-win products – can’t be sold for more than UAH1k ($40) and at least 50% of lottery sales must be returned to the customer via prizes.

The draft legislation also includes plans to penalize illegal gambling operators with up to five years in prison while any law enforcement officials found to be protecting illegal operators could face up to eight years behind bars.

Gambling was made illegal in 2009 but Ukraine’s current government is apparently tired of denying its citizens rights enjoyed by most other nations while also salivating over the prospect of adding an extra UAH2.5b ($103.5m) to its annual budget.