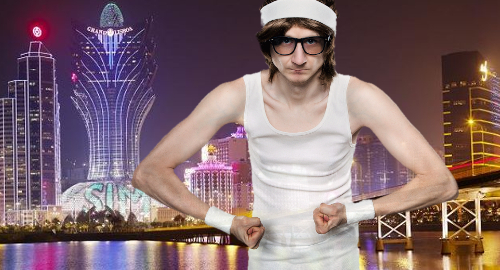 Figures released Tuesday by Macau’s Gaming Inspection and Coordination Bureau (DICJ) show the special administrative region of China’s casino operators generated combined revenue of just under MOP22.1b (US$2.73b) in the month of September, a 0.6% improvement over the same month last year but over MOP2b lower than August 2019’s result.

September’s minor uptick represents the first time in three months that Macau has posted a year-on-year monthly revenue improvement, and only the fourth time this year that the monthly total has produced an annual gain. Furthermore, September’s gain was the smallest year-on-year percentage improvement posted this year.

For the first nine months of 2019, Macau’s total casino gaming revenue stands at MOP220.3b ($27.3b), down 1.7% from this point last year. Analysts have forecast as much as a 3% fall in annual gaming revenue when 2019’s full-year numbers are in the books, and some of those analysts were expecting September’s revenue to be up as much as 4%, so that annual decline may need to be further degraded.

Macau has faced a number of headwinds this year, including a tough comparison with 2018’s figures, which showed the first sustained positive trends since Macau’s casino downturn started in earnest in 2014. Recent decreases in the value of China’s currency and the ongoing civic unrest in Hong Kong have also reportedly taken their toll on VIP gamblers’ interest in making the trek to Macau.