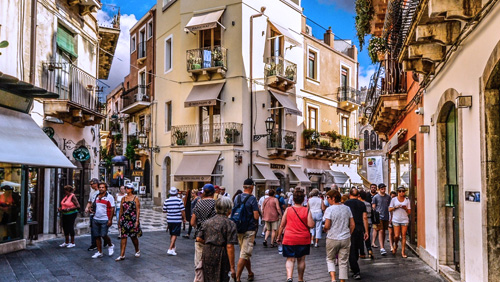 Melco Resorts and Entertainment, which is putting together the City of Dreams (CoD) Mediterranean on the island nation of Cyprus, is confident that the new casino resort will give Cyprus a major boost in tourism. The Melco executive in charge of making sure the casino plan comes together properly, Craig Ballantyne, says that an “additional 300,000 tourists” will descend upon the country when CoD Mediterranean opens two years from now.

Ballantyne was tapped to lead the project in May of last year. The resort’s president said in a press release last week that everything is looking good for the venue, adding, “This ground-breaking project is expected to attract an additional 300,000 tourists on an annual basis thus, having a multiplying effect on the local economy.” He further stated that CoD Mediterranean is going to be an important part of maintaining year-round travel to Cyprus and will help it avoid the tourist drops usually seen in northern Europe’s winter months.

Construction on CoD Mediterranean began this past April with a price tag of around $601 million. Its purpose will ultimately be to serve as the flagship casino in Cyprus, but Melco has other options available, as well. Three satellite casinos, operated under the Cyprus Casinos chain, are currently open and a fourth is expected to launch before the end of the year. Another venue is operational in Limassol, where CoD Mediterranean is being built, until that resort is operational.

An additional 300,000 tourists – on top of the 2.12 million between July and September last year, would be a huge boost to the standing population of around 854,000. However, Cyprus is going to find that it will have to compete heavily with another popular Mediterranean destination for those visitors. Greece is preparing its own casino expansion, and an $8-billion investment in Hellinikon will give Limassol a run for its money.

Casino operators wishing to get in on the Greek gambling action have until October 4 to submit their proposals. After that, gaming regulators will begin to dissect the applications and determine who might be the best fit. There have been some operators to show interest, such as Mohegan Gaming Entertainment and Genting, but these have begun to reconsider. That’s not the case of Hard Rock International (HRI), which is dead set on being a part of the Greek landscape.

Hellinikon is prepared to see massive development as it launches a revitalization effort and HRI is more than happy to assist. The company’s CEO of Asian operations, Edward Tracy, recently visited Greece to pitch plans for a new $1.09-billion casino that would be developed with the help of local development firm Lambda. Having the Hard Rock name associated with the revitalization efforts could go a long way to ensure Greece is successful in its goals.