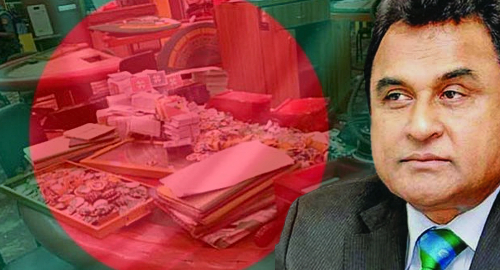 Reaction has been swift to Tuesday’s announcement by Civil Aviation and Tourism Ministry Secretary Mohibul Haque that the Bangladesh government wanted to create four “exclusive tourist zones” in which foreign passport-carrying tourists could gamble in casinos.

Not if Abdul Moyeen Khan, leader of the country’s main opposition Bangladesh Nationalist Party (BNP), gets his way. The Dhaka Tribune quoted Moyeen calling the proposal “an immoral step,” noting that gambling is strictly forbidden in Bangladesh, and “what is a sin for Bangladeshis can’t be good for foreigners.” Moyeen also worried that the mere proximity to gambling would “spread among the people of Bangladesh.”

Also voicing objections was AHM Mustafa Kamal, a member of the ruling Awami League party and the country’s current finance minister, who said gambling was “not acceptable in any way.” However, Kamal (pictured) displayed a curious sense of how government worked by claiming that an illegal activity couldn’t be made legitimate by changing the laws.

Several leaders of the Jubo League, the youth wing of the Awami League, have been accused of complicity in the operation of as many as 60 illegal casinos that have been uncovered in Bangladesh’s capital Dhaka over the past week. Many of these casinos were discovered in sporting clubs and some club directors have claimed that they only permitted the activity due to “political pressure.”

On Wednesday, local media outlet Prothom Alo reported that documents seized in raids on the Mohammedan Sporting Club showed payments of BTK500k (US$5,900) per day in ‘business promotion’ costs, which is apparently code for payoffs to politicians and local police.

Finance Minister Kamal said the authorities were examining bank records to determine who may have been connected to the casinos’ operations. Kamal vowed that action would be taken against anyone who can’t explain the origin of certain payments.

The developing media narrative points to the involvement of as many as 100 Nepalese nationals in running the casino operations. These foreign nationals were reportedly in Bangladesh on tourist visas and many of them were said to have fled the country ahead of last week’s initial raids, allegedly after being tipped off by local police.

The Daily Star noted the country’s legislative ineptitude regarding gambling, which is strictly forbidden while the importation of gambling gear – slot machines, gaming tables, chips, cards and dice – is not. The gear seized in the recent raids was reportedly approved by customs officials at local airports in five consignments over a two-year period ending November 2018.

The Dhaka Tribune noted that the nearly 200 individuals arrested to date in the casino raids have been charged with narcotics, weapons and money laundering offenses, not for illegal gambling, apparently because the 152-year-old gambling prohibition is so hopelessly inadequate to today’s realities.