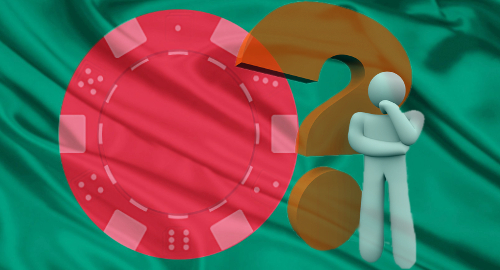 On Tuesday, Bangladesh’s Civil Aviation and Tourism Ministry Secretary Mohibul Haque held a press conference in Dhaka to announce plans to create “exclusive tourist zones” in which casino operations will be accessible by “foreign tourists” who can present an international passport.

The press conference was intended to offer details on the Ministry’s plans for International Tourism Day on Friday (27) but it came on the heels of an unprecedented crackdown on illegal casino operations in youth sporting clubs across Dhaka that has ensnared some high-ranking members of the youth wing of the ruling Awami League political party.

The Daily Star quoted Haque saying his ministry was fully supportive of the government’s crackdown on illegal gaming but suggested “there should be no problem in providing such facilities for our foreign tourists in the exclusive tourist zone.”

Bangladesh’s population is around 90% Muslim, a religion that takes a particularly dim view of gambling. But Haque noted that Malaysia is also a Muslim country that offers foreign tourists the opportunity to access casino gambling at the Genting Highlands resort.

Haque’s comments appear to have taken other government representatives by surprise. Speaking following Haque’s statements, the Dhaka Tribune quoted Awami League General Secretary Obaidul Quader saying “no discussions have taken place at the top level of the government of the party on whether casinos should be permitted.”

Quader added that the authorities are keeping a sharp eye out for anyone suspected of involvement in the illegal casinos attempting to flee the country. Quader said Awami League leaders are under surveillance and “we will take measures against them” after Prime Minister Sheikh Hasina returns to Bangladesh.

Meanwhile, Dhaka Metropolitan Police commissioner Monirul Islam has refuted reports that police officers tipped off some of the Nepalese casino staff that raids on their operations were imminent. However, Islam added that “it will be sorrowful if any allegation comes against policemen that they helped [the casino workers] to flee the spot.”