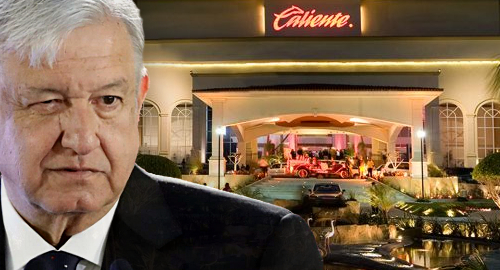 Last week, Julio Scherer, legal counsel to Mexico’s President Andrés Manuel López Obrador, announced that el presidenté had decided that there would be no new casino licenses issued during his term in office. Obrador (pictured) was elected to a six-year term in 2018, which would mean no new casino authorizations until at least 2024.

Obrador’s license moratorium is widely seen as a nod to Mexico’s Catholic clergy, who’d unsuccessfully lobbied the previous administration to stop the spread of casinos in the wake of the 2011 firebombing of the Casino Royale in Monterrey. In July, a Mexican court jailed a cartel boss who was widely suspected of ordering the attack after the venue’s owners refused to pay protection money.

Mexico’s land-based gaming industry is dominated by two firms: Caliente and Codere. The latter firm was said to be mulling a $360m joint venture with Hard Rock International to build a new resort casino in an unspecified Mexican region, and while neither company has yet confirmed the rumors, its prospects of becoming a reality now seem a lot more remote.

Obrador has also instructed the Dirección General de Juegos y Sorteos (DGJS), the division of the Ministry of the Interior (SEGOB) that oversees gambling activity, to take a tighter grip on the reins of the nation’s gaming industry in its present form.

As if on cue, federal police raided the WinClub casino in the Mexican state of Baja California for allegedly operating without the proper permits. Acting on an anonymous tip, police seized 36 slot machines, gaming tables, five computers, computer servers and other tools of the trade.

Baja California Gov. Jaime Bonilla used his social media feed to warn other illegal operators that his administration would continue to crack down on such activities, regardless of what connections the operators might have that previously offered them relative immunity.