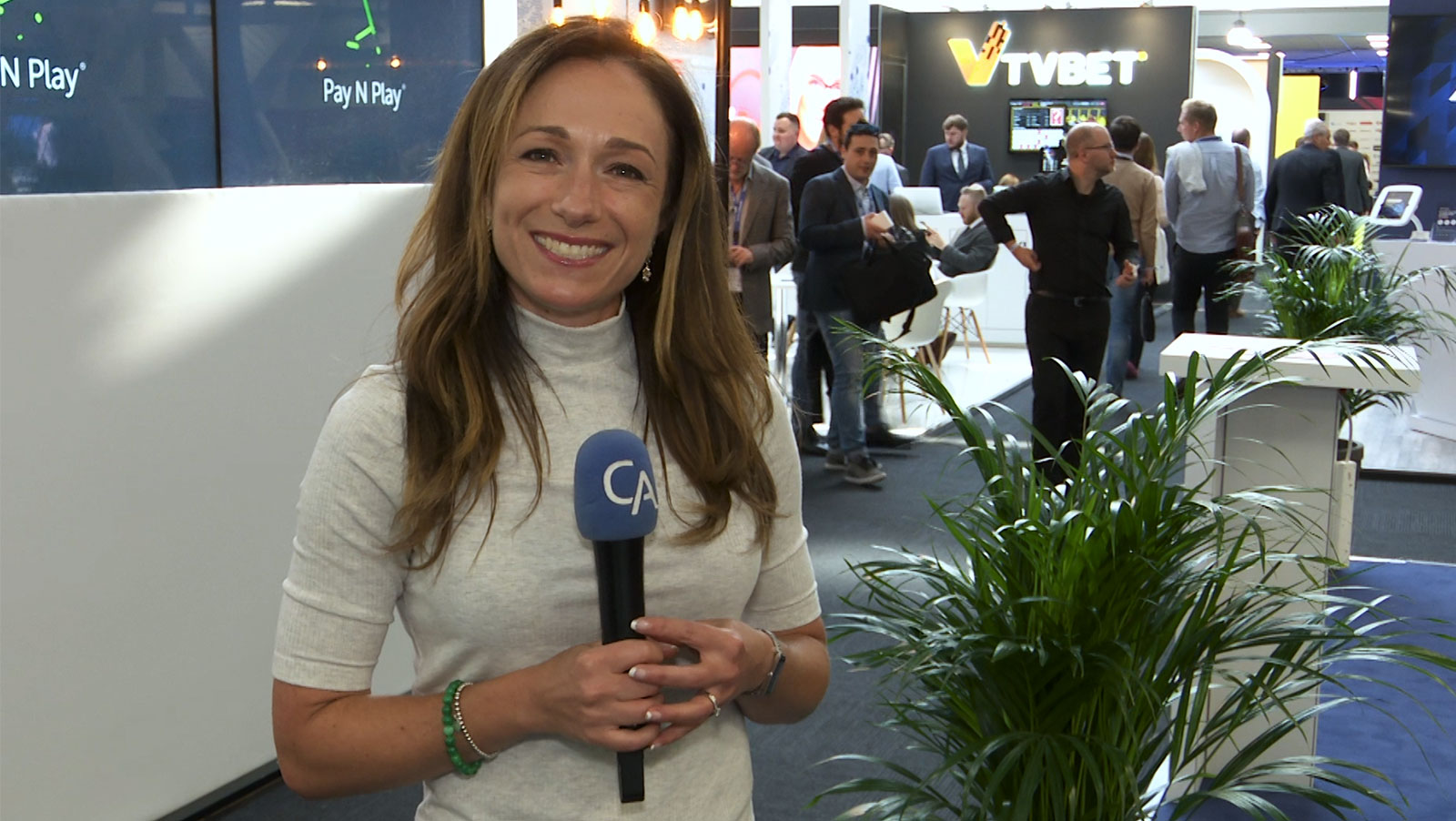 SBC’s annual Betting on Sports kicked off today at the Olympia London, an event that has ballooned far beyond its name over the past few years, now encompassing all aspects of the iGaming industry under one roof.

The expo hall extended across two floors, with networking areas and opportunities for everyone, as far as the eye could see. Together, the Betting on Sports and Casino Beats Summit featured six tracks throughout the day, covering the important topics of discussion amongst professionals in the industry.

Gamification within the iGaming industry continues to serve as a point of debate amongst operators and suppliers, a topic covered during the Future of Slots panel at the Casino Beats Summit.

“I think players are very used to it in various industries, whether it be social gaming or anything else. I think you’ll see more of it in our industry, I think the company whether it be supplier or operator that really cracks gamification will do very, very well out of it”, he said.

A great deal of discussion at Betting on Sports surrounded regulation and compliance. How to navigate the waters of more and more regulation continues to be a challenge for everyone and there is no end in sight.

When blockchain first hit the scene several years back, especially iGaming businesses utilizing the blockchain in some way, such companies were stereotyped as “anti-regulation”. While this may be true for some in the blockchain space, in general, as the industry matures, the call for regulation is real and the Isle of Man would like to provide a solution.

“I think when I first started looking at [blockchain], that’s exactly what I thought, that these businesses would not want to be regulated”, Lyle Wraxall of Digital Isle of Man Executive Agency told CalvinAye.com.

“What became very clear is that they do want to be regulated. They need that badge of honor to say yes, what we’re doing is legitimate, they need it to be able to sell their products to partners and other businesses”, he revealed.

“So [regulation is] incredibly important to them and its important to us as well to make sure that we’ve got businesses that are of the same high quality as we have in eGaming, Finance and everything else”, Wraxall said.

This mindset is in line with what CoinGeek.com has reported of Bitcoin SV supporters, a blockchain that strives to work within regulations and the law, a necessity for pushing the ecosystem forward and eventually achieving mainstream.

Another hot topic amongst any business operating in the iGaming industry is how to appeal to the younger generation, a group of consumers who have short attention spans and high expectations.

Ory Weihs, CEO of XL Media, has been in the performance marketing space for years and leads one of the most successful agencies in the business. Today at Betting on Sports, in an exclusive interview with Weihs, he revealed his thoughts on the subject with iGaming affiliates in mind.

“The funnel needs to be very accessible”, said Weihs.

“This also ties in to not just the demographic of people, obviously short attention span and all this, but also mobile devices, right? That’s changed. We’re not even building for desktop anymore. The fact that its both mobile and a short attention span audience and a lot of other distractions- apps open, push messages coming in while browsing”, he said.

“Make the content very accessible, very direct, interesting and all that, but also you have to optimize your sales funnel…try to make everything from point A to point B, B being going somewhere and making a deposit, as simple, straightforward and accessible as possible”, Weihs advised.

As time goes on, iGaming companies who have been enjoying success by simply improving upon historic games and offerings, should consider the need for innovation before another disruptive technology comes in. Today’s keynote speech delivered by Jesper Karrbrink, Chairman of Green Jade Games, addressed this issue and inspired the audience to take a chance and create something new.

“When you innovate, basically you don’t really know what you’re doing. Because you’re trying to do something that the players want to have, but they don’t know that they want to have it”, Karrbrink told CalvinAyre.com after his speech.