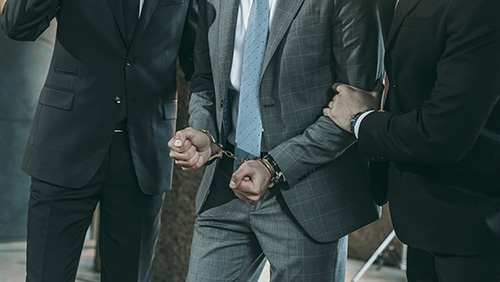 Sometimes, getting lucky at a casino doesn’t have to involve the slots or the tables. A couple who had, been arrested in British Columbia (BC), Canada in 2017 for running a money-laundering operation through a casino were subsequently let free on a minor technicality, but the government still wanted to hang onto the assets worth millions had been seized. A provincial court, however, has determined that the government has no case and has ordered the money returned to the lucky pair.

Caixuan Qin and Jian Jun Zhu were running Silver International Investment, a money-transmitting company that ultimately turned into a vehicle for Chinese high rollers to wash their money. When the activity was uncovered, the pair was charged with five counts related to money laundering, possession of property obtained through criminal activity and failure to perform required know-your-customer checks. The case, however, had to be dropped last year over a simple error that baffled the prosecution.

During the disclosure of evidence to the pair’s lawyer, a secret police informant had his identity accidentally revealed. That led to prosecutors deciding to drop the case, as it would result in a “high risk of death” for the informant. BC’s Civil Forfeiture Office wasn’t willing to go as quietly, though, and asked the courts to freeze CAD$2 million ($1.5 million) in cash that had been seized during the operation.

Fast-forward a year later and BC Supreme Court Associate Chief Justice Heather Holmes has determined that the office didn’t do a good job of legally arguing its case, according to the Vancouver Sun. The judge has ordered the cash to be returned to Qin and Zhu. Two instances of winning at a casino without having to place a wager. With that kind of luck, though, Qin and Zhu might consider taking a few chances at the slots.

Holmes was the same judge who had presided over the criminal case, so she was well aware of the intricacies of the case. While she ordered the cash to be returned, she felt the remaining assets – a multi million-dollar house, jewelry and more – could be retained. That didn’t amount to much, though, as the home, valued at $1.5 million, had held a mortgage for $1.24 million. It recently sold for $1.41 million, giving only about $200,000 net to the Civil Forfeiture Office.

The office can still appeal the decision if it chooses. It has 30 days to file an appeal, but no decision has yet been made. A spokesman, Hope Latham, states, “The Civil Forfeiture Office will be reviewing this decision and will not be commenting further during the appeal period.”