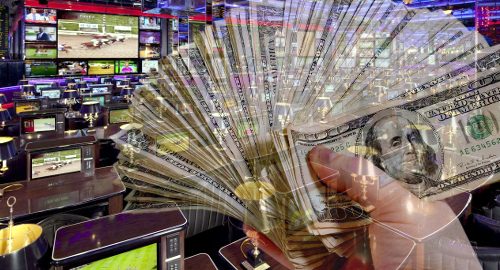 Figures released last week by the New Jersey Division of Gaming Enforcement showed the state’s licensed bookmakers handled wagers worth $293.6m in August, more than $42m higher than July’s handle, despite the month’s traditional lackluster sports calendar ahead of the return of the National Football League.

As ever, the betting market was dominated by the Meadowlands/FanDuel/PointsBet combo, which claimed nearly $11.9m of August’s revenue, of which $9.3m came via digital channels.

In addition to theScore, August welcomed another significant new entrant in UK betting giant Bet365, while the Kindred Group’s Unibet brand made its betting debut earlier this month. As well, the Roar Digital joint venture of MGM Resorts and GVC Holdings rebranded its playMGM offering as BetMGM.

IOWA BETTING OFF TO SOLID START
Meanwhile, the first 16 days of legal wagering in Iowa generated betting handle of $8.6m, from which operators collected revenue of $2.2m. However, the Iowa Racing and Gaming Commission counts money placed on futures wagers as revenue, so take that impressive hold percentage with a grain of salt.

Digital wagering claimed $3.7m of the initial 16 days’ handle total, a significantly smaller percentage than New Jersey’s digital activity, but Iowa’s betting regulations require mobile bettors to register in-person at a land-based gaming venue. That in-person registration requirement is scheduled to expire by the end of 2020, by which time digital wagering will likely have eclipsed its land-based counterpart.