Although President Rodrigo Duterte has indicated he won’t ban Philippine Offshore Gaming Operations (POGOs), that hasn’t relieved any of the scrutiny on the industry. The Cebu operation of Xin Huang Jin Chen Co., Ltd., Inc. (XHJC) was raided on September 7, Rappler reports, and there are contradicting stories as to what exactly went down. 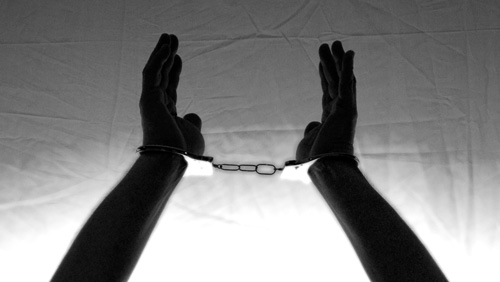 What we know for sure is the Philippine National Police-Criminal Investigation and Detection Group-Central Visayas (PNP CIDG-7) committed a raid of the operation on September 7 and detained 181 Chinese employees, as well as some Thai and Korean nationals. As the regional office of the CIDG was too small to accommodate the large crowd of detained employees, they were kept in a nearby gym.

After that, the story gets muddled and confusing, with very different points of view coming from both sides.

As the police explain it, XHJC did not have a POGO license, but did have a business processing outsourcing (BPO) license. As a result, charges are being put together against the operator for conducting a gambling operation without the right license.

“PAGCOR (Philippine Amusement and Gaming Corporation) Chairman and Chief Executive Officer Andrea Domingo, certifies that all the operations at Tower One, Plaza Magellan, The Mactan Newtown in Lapu-Lapu City are accredited and can perform and provide services to its Philippine Offshore Gaming Operators (POGO),” the Cebu Daily News reports as David’s statement. From that certification, David elaborated that XHJC and its employees were doing nothing wrong.

That outlet further notes that David perceived this raid to be a consequence of XJHC not giving in to police corruption. “It did not deserve to be treated in the manner of how the PNP-CIDG treated it and its workers last Saturday, September 7, 2019,” David commented.

He also added that he believes the police were taking advantage of the Chinese employees’ inability to defend themselves “We abhor and protest the blatant targeting of our Chinese employees, for the simple fact that they cannot fully defend their rights considering the difficulty in speaking the English language,” David said. He also commented to police interference in his and his colleagues’ ability to do their jobs as lawyers. “The officers attempted to intimidate and outright threaten them with arrest for obstruction of justice, while they were performing their sworn duty for their clients.”

So which is it, was XHJC licensed, or were they operating without a license? Did the police mistreat the detained employees? We’ll hopefully find out soon.