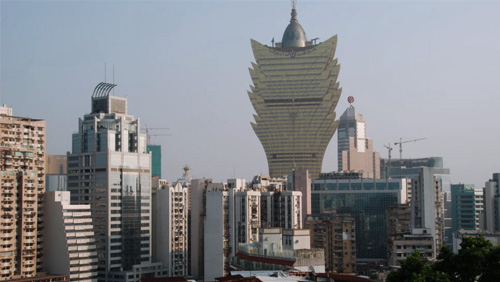 It was thought that the second half of 2019 would be the savior of Macau’s casino revenue. A weak first half of the year would only be proceeded by a stronger second half, and the entire 12-month period would ultimately balance out. It now looks as though the future may not be as bright as predicted, but this doesn’t mean that there is cause for concern about Macau’s gambling future.

Morgan Stanley analysts said this past May that they viewed the third quarter as a pivotal time for the city and that VIP action would improve. Gross gaming revenue (GGR) from the high rollers would find stability and start to grow. If you ask Alvin Chau of Suncity Group, though, things aren’t looking as optimistic. He told the Hong Kong Economic Journal that the contraction in VIP GGR seen in the first half has already extended to the third quarter and will continue until the end of the year.

The declines, if Chau is correct, could be significant. He sees a 15% year-on-year drop this quarter, followed by a 20% year-on-year drop in the final quarter. The performance estimates are based on several factors that impact Suncity’s business directly.

Gamblers have reportedly not been looking for as much credit from junkets like Suncity lately and have also been taking fewer trips to Macau. Chau asserts that many of the company’s clients are looking to “reduce risk of being investigated” as China ramps up efforts to battle criminal activity that could be tied to gangs such as the well-known Triad.

Loans that have already been taken out by customers are not being paid off as quickly as before, either, according to Chau. This is due to China’s devaluation of the yuan, greater control over capital assets by China and a domestic economy that has slowed as a result of the US-China trade war.

Chau isn’t the only one who has shown concern for Macau’s GGR as the year rolls into its final months. GGR for September isn’t going to be that great and “does not look satisfactory,” according to Lionel Leong Vai Tac, Macau’s Secretary for Economy and Finance. He made his remarks during a public event in the city yesterday and said that the month is going to be driven down by the same reasons Chau indicated as the catalysts for weaker performance for the rest of the year.