The current tax structure imposed by the government of India appears to be crippling the lottery industry. This according to a distributor of these lotteries, the Sugal and Damani Group. 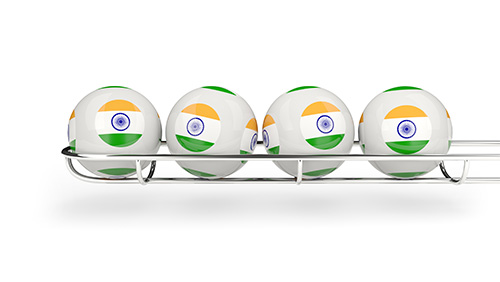 According to industry analysts, this tax is having a profound effect on sales. In fact, it is reported that as much as 70% of business has been lost due to the tax structure currently in effect. This has led industry analysts to implore the government to reduce the GST, as there is becoming a growing concern that this tax structure is not only hurting lottery sales but is going to lead to the loss of thousands of jobs. This will lead to a significant decrease in tax revenue.

The concern goes beyond the amount of tax imposed by the GST. There is already a tax imposed upon the winner of these lottery drawings, and this additional 40% is making it so that a growing number of people in India are finding it useless to purchase the tickets. Before the GST was imposed, a person with a Rs 100 ($1.40) winning ticket received 90% of the total payout. Now they are receiving less than 60%. This is leading many to decline to play the lottery.

Kamlesh Vijay, the CEO of Sugal&Damani, has been actively seeking to get a change in this tax structure. He is proposing that no more than 20%, at the most, should be paid out in overall tax on lottery winners, but would prefer an even smaller amount.

“Currently, 12 percent GST is being charged on lotteries run by state governments (a lottery not allowed to be sold in any state other than the organizing state) directly, while a 28 percent tax rate is being levied on the lottery tickets authorized by state governments (a lottery which is authorized to be sold in state(s) other than the organizing state also). This huge difference in the tax rate on the same commodity acts as a tariff barrier for smaller states like Goa, Sikkim, Arunachal etc when their tickets are sold in other bigger states like West Bengal or Kerala.”

Unfortunately, the GST Council appears adamant that this tax will remain in effect. They had already requested that the Attorney General for India weigh in on the legality of having both of these taxes imposed. Feeling that they are already on solid ground legally, it makes it quite unlikely that the Council will be willing to decrease the tax, despite the overall ramifications that may come from their failure to do so.