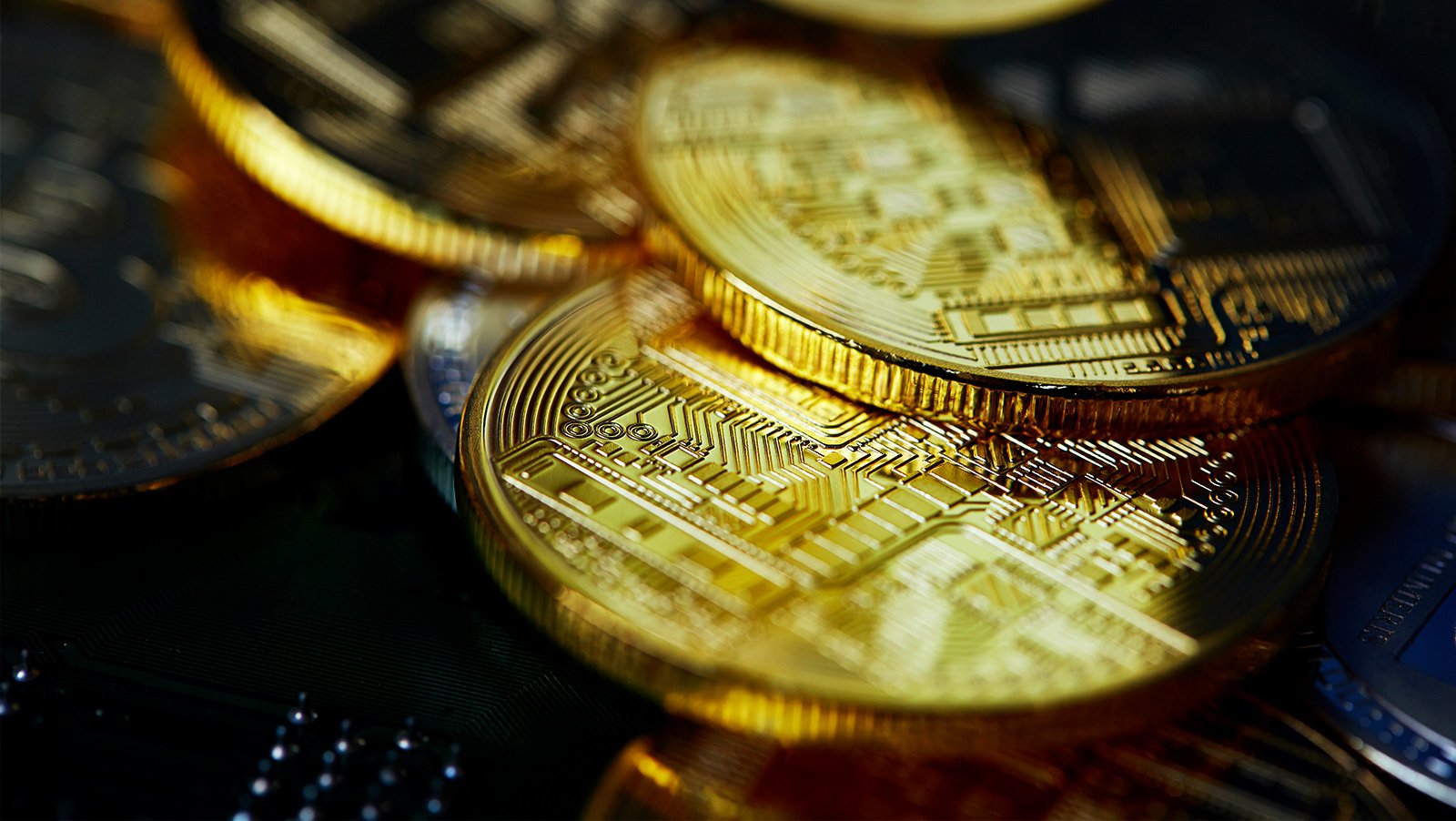 We are living in historic times. Every week tensions around the globe are ratcheted up further, and it does not look like things are going to calm down until the world finds some sort of new equilibrium in a setup and balance of power that is very different from what we have today. Interest rates around the developed world keep plumbing new lows as global growth looks like it’s slowing to a halt. Perhaps I feel the stress more acutely than most as I’ve been expecting some kind of major shift for 10 years now, but I expect that even those with only a tangential interest in the global financial system and its geopolitical pressure points also feel like things are just now starting to come to a head.

First let’s assume everything is more or less normal and take stock of where we are in the gaming markets around the world, and then move from there to the more funhousey topics like quantum financial mechanics (I made up that term), gold and cryptocurrencies. This first portion of today’s column assumes that finance as we know it continues on for a while longer. In part II we will reverse that assumption and I’ll explain what to look for. This is going to be a bit of a long one so buckle up. (I get no bonuses for longer pieces. I simply feel compelled to share my research here.)

Part I: Assuming Everything is Basically Normal…

First, the United Kingdom. The basic thesis here is: Wait for panic selling and slowly scale in, on the theory that either Brexit will be cancelled and British stocks rocket higher, or that Brexit is not the end of the world and will eventually result in a deal that will bring UK stocks skyrocketing back up anyway. Volatility will probably worsen in the meantime so only buy on heavy down days.

The entire country is boiling mad and losing its cool now. If you’re a political junkie, this is like a hard core Ultimate Fighting cage match to the death, exciting as anything without any bloodshed, so that’s good. Today, September 3, sometime in the evening, we should know if Brexit is happening, or whether we will have to wait yet another 6 weeks. Prime Minister Boris Johnson will face a motion by Parliament to force him to request an extension to Brexit. If Johnson wins the vote and the motion forcing him to extend fails, Brexit will happen on October 31st, period. If he loses the vote, he will call a general election for October 14. Then, obviously, if Johnson wins, Brexit happens. If he loses, it doesn’t.

With all this going on, the pound is crashing to record lows, but the FTSE 100 is holding up rather well. Over the last three months, the gaming sector has greatly outperformed the London Stock Exchange, with William Hill and Flutter leading the charge higher. Flutter, formerly Paddy Power Betfair, is up strongly since May. William Hill has been a buy since April and is now moderately higher with a very nice dividend. 888 comes in third, still a wash since June but hanging in there also with a nice dividend. GVC is bringing up the rear. There might be more than one selling panic in these stocks over the next few weeks due to the increasing insanity of current events. Add cautiously and lightly to positions you are down on during selling panics and let winning positions ride, but keep high cash levels and high precious metals levels in lieu of cash. Caution is the key here.

Brief panic selling could also occur in the United States due to ongoing tensions with China and its threat to invade Hong Kong. Continue to slowly and carefully add to positions on panic down days, but keep high cash and precious metals levels just the same.

Continue to stay completely out of Macau for now. Signs of weakness are starting to pile up, and a possible invasion of Hong Kong is getting closer. Rumors of ultimatums being issued by Beijing are circulating. If Xi Jinping invades Hong Kong, the Trump Administration will clamp down hard on the trade war economic consequences be damned. Macau stocks will fall hard.

Now here’s the thing. The reason I say high caution here is that I’m not entirely sure if what is happening now in the monetary universe with negative interest rates and inverted yield curves and threatened Chinese invasions and Brexit and whatever else, is the actual start of a global financial black hole from which no fiat money can escape, or if we are ‘merely’ at neutron star levels of financial compression but the monetary equivalent of Pauli’s Exclusion Principle still remains intact. Nobody has ever seen anything like this before so I don’t know, but I believe I have found an indicator that should give people something like a few months’ warning to prepare. It has a little bit to do with the cryptocurrency/gold debate and it centers on the futures market.

First we need some background. In the normal world of finance, futures contracts for any commodity become more expensive the farther out into the future you go for delivery. This is because there is a premium on time. Time is money, as they say. Stock options also generally become more expensive the more time you buy on a contract. This is called contango. However, contango is not 100% constant, even in normal “Newtonian” finance so to speak. Sometimes, futures can go into backwardation, where there seems to be a discount on time and commodity futures contracts are selling at a discount to spot prices. This is rare, but it does happen. It basically means there’s a shortage of a commodity acute enough to raise prices over and above the time premium. In other words, demand for something earlier overcomes the prevailing interest rate on holding money.

In this rare but still normal case, the premium on time still exists. It’s just being masked by a temporary commodity shortage. When the shortage abates, the time premium becomes visible again. We can see this happening in pork prices right now due to the Chinese “Aporkalypse” shortage from the Asian swine fever epidemic. Notice that some futures contracts on lean hogs are cheaper than earlier deliveries and contango does not follow through the table. This will be alleviated when swine fever in Asia is dealt with and supplies rise back up.

But – and here we get into quantum finance – what if there is an actual discount on time itself? What if time no longer has a positive value, but a negative one? We are now describing a world where time is no longer money, but cost. Is this even possible? Indeed it is. It is actually happening right now. It’s called negative interest rates. In that case, you have a built-in discount on time from a central bank-imposed disincentive to hold currency because they want you to spend it. Negative interest rates should theoretically lock futures markets into permanent backwardations not due to any physical shortages, but due to money losing value over time by the force of man-made monetary policy. It’s the central bank squeezing rates harder and harder, like a star collapsing under the force of its own gravity.

The problem with backwardation from the money side as opposed to the commodity shortage side is that it cannot be reversed by a higher supply of whatever commodity. Prices will rise, rather, because the money itself is literally dying. So what you end up having is prices rising higher and higher, faster and faster, but backwardation persisting, and this is theoretically when the neutron star turns into a financial black hole.

But, you may ask, if interest rates in Germany for example are already negative across the entire ungodly curve, then why aren’t commodities locked in permanent backwardations right now? The answer is that futures are priced in dollars and interest rates on dollars are still positive. So it appears we are still in a financial neutron star, not yet a black hole. But if that changes and interest rates on the dollar go negative, the most important futures markets to watch will be the ones closest to the event horizon of that financial black hole. Those are the monetary futures markets, gold (and silver) and now cryptocurrencies.

Gold and cryptocurrencies are moneys. Maybe one will supplant the other but that’s beside the point now. If and when the Federal Reserve in its gross and utter stupidity, negligence and misanthropy forces negative interest rates on the dollar, one or both of these markets could warp into permanent backwardation due to the negative premium on holding dollars through time. Whichever one gets locked in will be the money that people are actually in reality choosing to hold as money instead of the dollars they are throwing at it in ever more feverish attempts to get rid of them. If both, then both. This will determine who wins the gold/crypto debate once and for all, or if it’s a tie. Once gold or cryptocurrencies or both are locked into permanent backwardations, other commodities must necessarily follow because it means the black hole is here and fiat moneys of all types are being sucked into oblivion.

Now if we think about gold or cryptocurrencies in terms of dollars, contango would mean that the dollar becomes cheaper over time relative to gold or crypto, which is what makes the dollar the preferred money. But if we have backwardation in these markets, it’s gold or crypto that becomes cheaper through time rather than dollars, which are reciprocally becoming more expensive. In that case, the commodity (gold or crypto) becomes the money, and the dollars becomes an increasingly worthless “commodity” that nobody wants.

At that point, the event horizon has formed, the financial black hole comes into existence, gold and/or bitcoin becomes money itself, de facto, and all fiat currencies are sucked into nothingness.

Therefore, the following is what we all need to watch very closely. First, negative rates on the dollar. This will be obvious. Until that happens, the global finance should continue on more or less normally and there could still be some nice gains in US and UK stocks, perhaps even for a few weeks or months shortly after dollar rates go negative. Once they do though, zoom in on gold and crypto futures. If we start to see backwardation, it’s time to get nervous. If backwardation persists and prices start obviously rising everywhere, then dump everything, load up on whichever market is in backwardation, gold or cryptocurrencies or both, and…yeah after that I have no idea. Stop reading CalvinAyre I guess and go read a prepper book or something. Or move to Antarctica and live with the penguins.