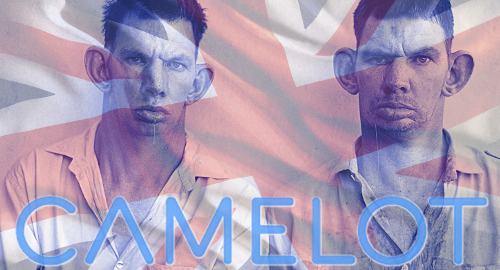 UK National Lottery operator Camelot is being sued by two habitual criminals who claim they’re being denied a £4m jackpot.

This week, UK tabloid media reported that Mark Goodram and Jon-Ross Watson, a pair of thirty-something Artful Dodger wannabes with dozens of convictions apiece, were making good on their threat to sue Camelot for refusing to pay them a £4m prize they claim to have won playing lottery scratchcards.

Camelot refused to pay up because its records showed that the winning ticket was purchased with a debit card, while neither of these lotto louts has a bank account and both of them have been linked to crimes involving stolen bank cards. Camelot therefore surmised that the ticket was purchased with funds “obtained without the [card] owner’s consent.”

The louts have since hired hopeless barrister Henry Hendron, who’d only just gotten over a three-year suspension of his right to practise law for supplying the drugs that killed his teenage boyfriend. Hendron was reportedly suspended again in late July after proving himself unwilling or unable to refund £650 he’d received from a prospective client he didn’t end up representing.

Anyway, Hendron’s legal filing claims that his lout clients are homeless and are thus forced to use friends’ bank accounts to process their welfare payments. It was through the use of one of these friends’ bank cards that they claim to have purchased the winning scratcher from a London branch of the Waitrose supermarket chain.

Hendron says the pair claim that they “had the full authority and authorization of the account holder to use those funds for the purchase of the five scratchcards.” But the pair also say they have no contact information for the card owner, a man they claim to know only as ‘John’ from Bolton.

Camelot’s response is that Waitrose’s fraud department has tracked down the owner of the card, who said he never authorized the transaction. Camelot further argues that the onus is on the louts to prove that “they used the debit card with the account holder’s authority.”

Meanwhile, Watson was convicted of assault – his 70th conviction, for what it’s worth – earlier this month after being charged with throwing a ladle of steaming hot cheese at a restaurant owner who had the temerity to inform Watson that he wasn’t running an ‘all you can eat’ buffet so Watson couldn’t have seconds. Incredibly, Watson remains a free man after agreeing to pay a £200 fine, plus £100 to his victim, plus court costs. But now he really needs that lottery cash.

This really hasn’t been Camelot’s summer. A couple weeks back, the company was forced to pull a EuroMillions television commercial after someone noticed that one of the grinning extras in a wedding scene was a convicted paedophile.