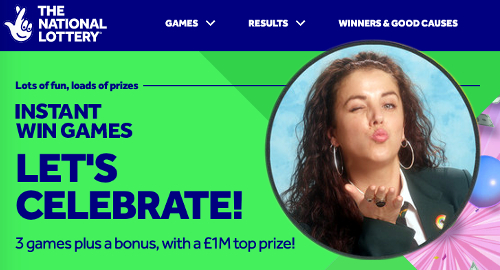 UK National Lottery operator Camelot Group’s digital sales cracked the £1b mark in the first half of its fiscal year, the first time in the company’s history that the 10-figure barrier has been breached.

On Thursday, Camelot released its financial report card for the six months ending September 28, during which overall sales hit a record £3.92b, a 13.4% rise over the same period last year. Camelot’s mandatory contributions to Good Causes rose by £83.6m year-on-year to £876.8m in fiscal H1.

Draw-based ticket products saw sales rise nearly 17% year-on-year to £2.26b while National Lottery Scratchcards and online Instant Win Games were up 11% to £1.66b.

Camelot acknowledged the “significant” boost provided by the EuroMillions prize hitting a record £170m before being won in October by a UK resident, but the company insists its draw-based sales would have hit a record even without this jackpot frenzy.

Overall digital sales totaled a record £1.164b, up 40% year-on-year, leading Camelot to praise tweaks made to its mobile apps and the revamped National Lottery website. The digital surge was driven by an explosion in mobile sales, which rose by nearly three-quarters to a record £749m, accounting for nearly 65% of digital sales.

Retail remains the dominant sales channel but its annual growth was a comparatively modest 5%. Camelot continues to explore means of boosting retail sales, including extending a trial of National Lottery products in Aldi stores, providing sales at self-checkouts at 550 Asda stores and launching a new trial in the Iceland supermarket chain’s 800 UK locations.

This month marks the 25th anniversary of the National Lottery’s birth, sparking all sorts of retrospectives in UK media. These have ranged from profiles of lotto louts who pissed away £10m and ended up skint to tut-tutting from investment analysts who pointed out the financial gains poor people could have made had they used their weekly lottery outlay to buy stocks instead.

But our favorite anniversary piece featured Jamie-Lee O’Donnell, who plays troublemaker Michelle on UK sitcom Derry Girls, a character frequently described as a ‘walking id’ due to her predilection for (profanely) speaking her mind and trying to shag everything in sight.

O’Donnell (pictured above, in character) is currently starring in a commercial in which she claims to have won the National Lottery and bought the SS Nomadic, the last surviving White Star ship (you may have heard of another White Star vessel courtesy of Leo DiCaprio and Celine Dion). The Nomadic is currently berthed in Belfast’s Hamilton Docks, thanks in part to £3.25m in National Lottery Good Causes funds.

Which brings to mind a (probably) 25-year-old joke: What’s the difference between Derry Girl Michelle and the Titanic? Only 1,517 people went down on the Titanic. Zing!