Oregon may be forced to delay sports gambling launch

The Oregonian’s John Canzano doesn’t expect Oregon to have sports gambling ready ahead of the start of the NFL regular season. The wheels are turning and they’re gaining traction, but there’s still more to be done before the Oregon Lottery can fully offer a sports gambling solution. Canzano points out that everything is moving forward as successfully as possible, and that the delays aren’t necessarily going to be detrimental to the industry. Once up to speed, Oregon’s sports gambling market could rival that of Pennsylvania. 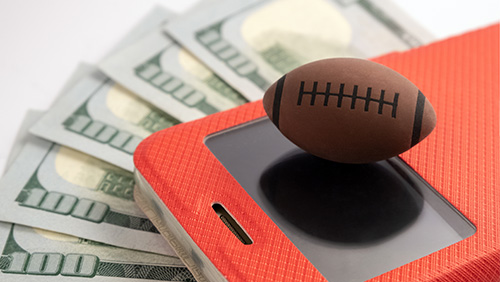 Oregon has given its sports wagering industry a name, the Oregon Lottery Scorecard. It will be introduced in phases, the first of which will be a digital sportsbook with coverage of major sports leagues – the NBA, NFL, MLB, NHL, MLS, MMA and more. The digital platform will allow wagers from anyone 21 years old or older who are physically in the state, as long as they aren’t on tribal land. In order to control the locations, the Oregon Lottery is deploying geo-fencing to block off any out-of-bounds areas.

Parlay bets, in-game wagers and single-game bets will be allowed. There is a mobile app, as well as a website, that will be offered, but there is no solid indication that the mobile app is Apple-compliant, but Canzano alludes to the fact that the app will be offered for iOS and Android. Both deposits and withdrawals will be available directly through the platforms.

Next, Phase Two will launch to put sports gambling kiosks in retail locations operated by the Oregon Lottery. Those kiosks are subject to a successful launch of Phase One’s platforms and will offer all sports wagering activity.

There had been a chance that sports gambling would kick off in Oregon ahead of the NFL season, but it’s more important to make sure the solutions work properly before rolling them out to the public. Canzano was told by someone with the Oregon Lottery, “Once we are satisfied with everything, we’ll move it into a production environment. Then we do one more round of security testing to ensure everything performs the same in the live environment as it did in testing. The testing will drive our launch date, as opposed to cutting corners to hit the first kickoff.”